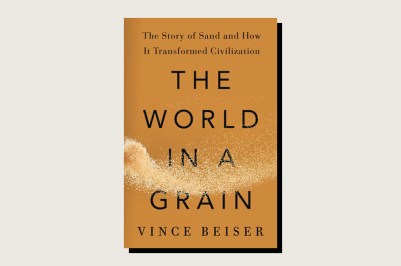 A little after 11 a.m. on July 31, 2013, the sun was beating down on the low, modest residential buildings lining a back street in the Indian farming village of Raipur Khadar, southeast of New Delhi. Faint smells of cooking spices, dust, and sewage seasoned the air.

In the back room of a two-story brick-and-plaster house, Paleram Chauhan, a 52-year-old vegetable farmer, was napping after an early lunch. In the next room, his wife and daughter-in-law were cleaning up while Paleram’s son Ravindra played with his 3-year-old nephew.

Suddenly gunshots thundered through the house. Preeti Chauhan, Paleram’s daughter-in-law, rushed into Paleram’s room, Ravindra right behind her. Through the open back door, they saw two men with white kerchiefs covering their lower faces. One was holding a pistol. The men piled onto a motorcycle driven by a third and roared away.

Paleram lay on his bed, blood bubbling out of his stomach, neck, and head. He stared at Preeti, trying to speak, but no sound came from his mouth. Ravindra borrowed a neighbor’s car and rushed his father to a hospital, but it was too late. Paleram was dead on arrival.

Despite the masks, the family had no doubts about who was behind the killing. For 10 years Paleram had been campaigning to get local authorities to shut down a powerful gang of criminals headquartered in Raipur Khadar. The “mafia,” as people called them, had for years been robbing the village of one of its most precious resources: sand.

The area around Raipur Khadar used to be mostly agricultural—wheat and vegetables growing in the Yamuna River floodplain. But New Delhi, India’s capital and the world’s second-biggest city with a population topping 25 million, is less than an hour’s drive north, and it is encroaching fast. Driving down a new six-lane expressway that cuts through Gautam Budh Nagar, the district in which Raipur Khadar sits, I passed construction site after construction site, new glass and cement towers sprouting skyward like the opening credits from Game of Thrones made real across miles of Indian countryside. Besides countless generic shopping malls, apartment blocks, and office towers, a 5,000-acre “Sports City” was under construction, including several stadiums and a Formula 1 racetrack.

“There was some illegal sand mining before,” said Dushynt Nagar, the head of a local farmers’ rights organization, “but not at a scale where land was getting stolen or people were getting killed.”

The Chauhan family has lived in the area for centuries, Paleram’s son Aakash told me. He’s young and slim, with wide brown eyes and receding black hair, wearing jeans, a gray sweatshirt, and flip-flops. We were sitting on plastic chairs set on the bare concrete floor of the family’s living room, just a few yards from where his father was killed.

The family owns about 10 acres of land and shares some 200 acres of communal land with the village—or used to. About 10 years earlier, a group of local musclemen, as Aakash calls them, led by Rajpal Chauhan (no relation—it’s a common surname) and his three sons, seized control of the communal land. They stripped away its topsoil and started digging up the sand built up by centuries of the Yamuna’s floods. To make matters worse, the dust kicked up by the operation stunted the growth of surrounding crops.