From THE NATIONAL INTEREST (May-June 2014)

FEARS OF CHINA’S RISE ARE GROWING. Only a decade ago, most experts insisted that the Chinese Communist Party’s overseas ambitions were limited to Taiwan. Now that Beijing has begun to adopt a more assertive posture abroad, the conventional wisdom has changed from dismissing the China threat to accepting it fatalistically. But must Washington and its Asian allies defer to Chinese expansionism? Can we really have jumped from one world to another so quickly?

Not a chance. Two new books provide a corrective to the lately fashionable gloom-and-doom analysis. Each is by a crack journalist. The first, Geoff Dyer’s The Contest of the Century, addresses the U.S.-Chinese relationship through the prism of China’s military, political, diplomatic and economic development. The second, Robert Kaplan’s Asia’s Cauldron, focuses on the competition between China and the states around the South China Sea—the central route for shipping between the Middle East and East Asia, and the site of disputed claims to resource-rich maritime territory.

Certainly the fresh attention to China’s aspirations is a good thing. As late as 2006 the defense correspondent Fred Kaplan (no relation to Robert) was belittling the Pentagon’s attention to Chinese military modernization in its annual congressionally mandated report on the subject. In an article called “The China Syndrome,” Kaplan wrote:

At present,” the report states, “China’s concept for sea-denial appears limited to sea-control in water surrounding Taiwan and its immediate periphery. If China were to shift to a broader ‘sea-control’ strategy”—in other words, if it were seeking a military presence farther away from its shores—“the principal indicators would include development of an aircraft carrier, development of robust, deep-water anti-submarine-warfare capabilities, development of a true area anti-aircraft warfare capability, acquisition of large numbers of nuclear attack submarines,” etc., etc. The point is: The Chinese aren’t doing—they’re not even close to doing—any of those things [Kaplan’s italics]

Just eight years later, the Chinese have made substantial progress on all of these fronts, and Beijing has embarked on a path of military-backed assertiveness across the region that has already provoked shifts in U.S. military operations. In January 2013, the U.S. chief of naval operations, Admiral Jonathan Greenert, admitted that China’s new capabilities have caused the U.S. Navy to change its deployment patterns “inside the first island chain” (China’s term for the major archipelagoes from Japan and Taiwan to the Philippines, Brunei and Malaysia that form the outer boundary of the East and South China Seas). Last November, China tried to unilaterally impose an air defense identification zone (ADIZ) covering airspace over Japanese and South Korean territory just before an East Asia tour by Vice President Joe Biden. Before Biden departed, the United States defied the ADIZ with an unannounced transit of two unarmed B-52s, and while the vice president was on his first stop in Tokyo he assured his hosts that the United States would go further and directly confront Beijing on the issue. During his subsequent stop in Beijing, however, Biden failed even to mention the ADIZ in public. We need to confront Chinese assertiveness with a stalwart refusal to bend, but we are in danger of conceding too much and disheartening our allies. Our lack of firmness may convince Beijing that it can get away with pressing even harder… MORE

China is set to become the world’s largest economy by the end of the year, overtaking the US http://econ.trib.al/AYXqTQg 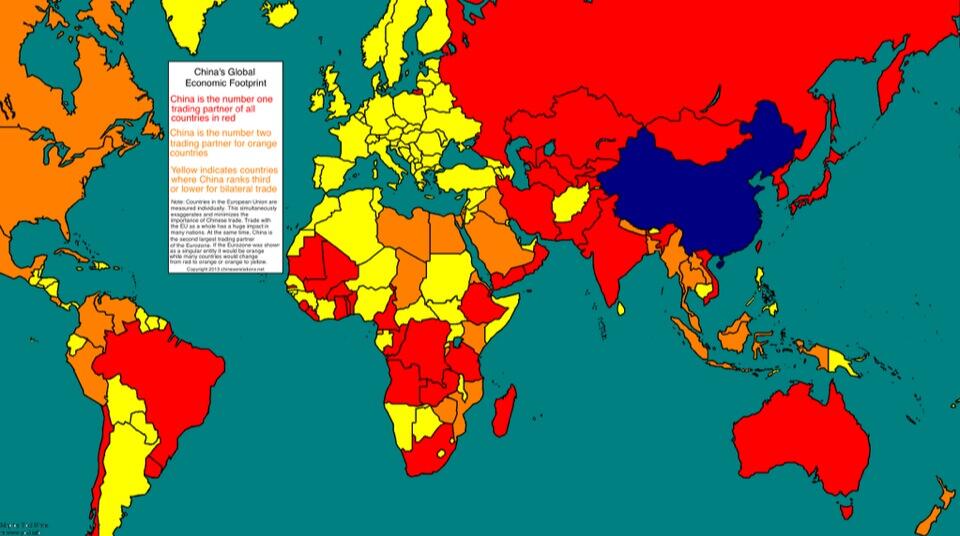 The US is on the brink of losing its status as the world’s largest economy, and is likely to slip behind China this year, sooner than widely anticipated, according to the world’s leading statistical agencies.

The US has been the global leader since overtaking the UK in 1872. Most economists previously thought China would pull ahead in 2019.

The figures, compiled by the International Comparison Program hosted by the World Bank, are the most authoritative estimates of what money can buy in different countries and are used by most public and private sector organisations, such as the International Monetary Fund. This is the first time they have been updated since 2005.

After extensive research on the prices of goods and services, the ICP concluded that money goes further in poorer countries than it previously thought, prompting it to increase the relative size of emerging market economies.

The estimates of the real cost of living, known as purchasing power parity or PPPs, are recognised as the best way to compare the size of economies rather than using volatile exchange rates, which rarely reflect the true cost of goods and services: on this measure the IMF put US GDP in 2012 at $16.2tn, and China’s at $8.2tn… MORE

Related from the F. Times

China overtakes the US Your questions

The World China set to overtake US

China: A new colonial power?
AJEglish examines the BRICS, the deals, the critics and whether China can shape a new world order. ( 30-Mar-2013 )