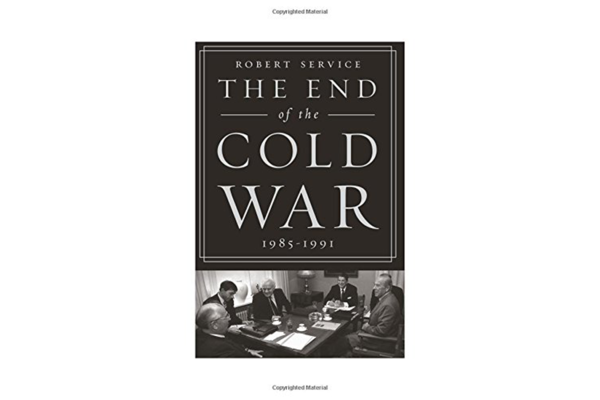 Oxford historian Robert Service delivers a detailed and authoritative account of the end of the competition that defined world politics for more than four decades.

It once seemed so simple. Before the United States had to contend with the likes of ISIS, Al Qaeda, Boko Haram, or the al-Nusra Front, there was the Soviet Union.

Policy makers in Washington saw Moscow as the center of world communism and the Russians were America’s implacable foe. US leaders knew who was in charge, and they designed policies to counter an enemy whose borders were clear, even if Russia’s motives were occasionally ambiguous. And most importantly, though the Soviets possessed thousands of nuclear weapons pointed at the United States, America had a similar number aimed at the Soviet Union, which fostered a degree of stability between the two superpowers. As long as the men in the Kremlin behaved rationally – and US officials were confident that they would – Americans felt reasonably safe. After all, a Soviet nuclear attack on the United States or its allies would be followed by a devastating American response. The concept was known as MAD (mutual assured destruction), which it surely was, and both sides accepted its logic.

Today, that all seems like ancient history. Even the conflict’s stunning conclusion, which occurred some 25 years ago when Soviet and American leaders worked together to end the East-West struggle, seems a distant memory. That remarkable story is the subject of Robert Service’s latest book, The End of the Cold War, 1985-1991, a detailed, authoritative, and illuminating account of the end of the competition that defined world politics for more than four decades. Over some 500 pages, Service traces the critical decisions made in Moscow and Washington in these momentous years, as well as unfolding political developments across the European continent.

According to Service, a British historian who teaches Russian history at Oxford and is a senior fellow at Stanford’s Hoover Institution, by the mid-1980s, most Soviet leaders recognized that they could not continue to play the game as they always had. Their system was broken and there were no simple fixes. With the command economy unable to meet the basic needs of its people, Moscow could not continue to fund its enormous military establishment. Nor could it continue to maintain its vast empire, which strained the country’s resources. The Soviet people wanted a reasonable standard of living: decent and affordable food, sufficient housing, and a steady supply of consumer goods. You can’t eat intercontinental ballistic missiles.