The 1991 war against Iraq by an international coalition of big, middle and small powers in order to expel Sadam Hussein’s army from Kuwait, the oil producing nation it invaded on July 31-August 1, 1990,  should be referred to as the Second Gulf War, leaving the First Gulf War for the 1980s Iran-Iraq confrontation.

At the time it was considered the last war of the 20th Century or the first one of the Post Cold War system, with the US as the only hegemon or hyperpower, and a great opportunity to remake the Middle East map, which had remained almost frozen since the First World War and the establishment of Israel in the late 40s.

More than two decades after Iraq’s invasion of Kuwait, Listening Post (AJE) took a look back at the media’s role in selling the Gulf War, the military’s attempts to control the story and the ‘round-the-clock’ coverage that changed television news forever.

Part one is a look at what was on television and in print in the five months between August 1990 – when Iraqi forces invaded Kuwait – and January 1991 – when the bombs started falling on Baghdad.

President George H.W. Bush said he was drawing a line in the sand; that the invasion of Kuwait would not stand. But the US administration had to sell a war in a distant region and convince sceptics at home – and in the countries that made up the coalition – that the war was about more than just oil; that a former American ally, Saddam Hussein, was now a danger to Western interests. The administration had help: the Kuwaiti government in exile hired a Washington public relations firm called Hill & Knowlton to get the plight of the Kuwaitis to resonate with the American public. Our starting point is the PR campaign that became a case study in how to rally people – through the media – and get them behind a controversial cause: the first Gulf War.

The UN-imposed deadline for Iraq to withdraw from Kuwait passed on January 15, 1991. War was coming and most news outlets with reporters in the Iraqi capital pulled them out. Part two of Listening Post’s Gulf War special looks at the media coverage once the fighting started. Live reporting of bombs exploding in the Baghdad night, Tomahawk missiles blasting off American warships and gas-masked correspondents all transfixed audiences.

But journalism left plenty to be desired. The Pentagon kept reporters at a distance and the pool system they used to do that has since developed into the embedded reporter model they use in Afghanistan and Iraq today. And a 24-hour news channel, one of the very few that existed at the time, rode its wall to wall coverage of a war that lasted only six weeks, and changed the news game forever. Listening Post’s Jason Mojica, on the way the war was covered, and the impact it has had on journalism in the two decades since.

It may seem odd to end a show dealing with war on a lighter note, but L. Post’s  video of the week – although humorous – may have had political consequences. The New York Times’ Jason DeParle reported that when NBC’s satirical programme Saturday Night Live decided to parody the behaviour of over-eager reporters at US military briefings, it convinced the Bush administration – which had been considering easing restrictions on reporters covering the war – that the public was not on the side of the press. Watch as a young Mike Myers, Dana Carvey and Conan O’Brien act out their generation’s version of the five o’clock follies, but remember that it was the Pentagon who had the last laugh. 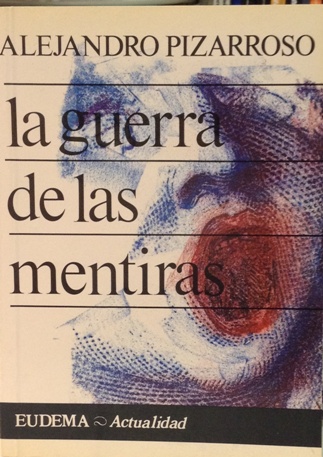 Aired in December 1992 as part of CBC programme the fifth estate. The programme was directed by Martyn Gregory and produced by Neil Docherty. It exposes the Citizens for a Free Kuwait campaign as public relations spin to gain public opinion support for the Gulf War. As well, it reveals that Nurse Nayirah was in fact Nijirah al-Sabah, the daughter of Kuwait’s ambassador to the United States Saud Nasir Al-Sabah, coached by Hill & Knowlton to forge her infamous testimony about Iraqi soldiers removing babies from incubators, which was widely reported and repeated throughout the media.

Media manipulation in the Gulf War- In Iraqi territory that was occupied by the coalition, a peace conference was held where a ceasefire agreement was negotiated and signed by both sides. At the conference, Iraq was approved to fly armed helicopters on their side of the temporary border, ostensibly for government transit due to the damage done to civilian infrastructure. Soon after, these helicopters and much of the Iraqi armed forces were used to fight a Shi’ite uprising in the south. The rebellions were encouraged by an airing of «The Voice of Free Iraq» on 2 February 1991, which was broadcast from a CIA run radio station out of Saudi Arabia. The Arabic service of the Voice of America supported the uprising by stating that the rebellion was large, and that they soon would be liberated from Saddam.

In the North, Kurdish leaders took American statements that they would support an uprising to heart, and began fighting, hoping to trigger a coup d’état. However, when no American support came, Iraqi generals remained loyal to Saddam and brutally crushed the Kurdish uprising. Millions of Kurds fled across the mountains to Kurdish areas of Turkey and Iran. These events later resulted in no-fly zones being established in both the North and the South of Iraq. In Kuwait, the Emir was restored, and suspected Iraqi collaborators were repressed. Eventually, over 400,000 people were expelled from the country, including a large number of Palestinians, due to PLO support of Saddam Hussein. Yasser Arafat did not apologize for his support of Iraq, but after his death the Fatah under the authority of Mahmoud Abbas would formally apologize in 2004.

There was some criticism of the Bush administration, as they chose to allow Saddam Hussein to remain in power instead of pushing on to capture Baghdad and overthrowing his government. In their co-written 1998 book, A World Transformed, Bush and Brent Scowcroft argued that such a course would have fractured the alliance, and would have had many unnecessary political and human costs associated with it.

In 1992, the United States Secretary of Defense during the war, Dick Cheney, made the same point: I would guess if we had gone in there, we would still have forces in Baghdad today. We’d be running the country. We would not have been able to get everybody out and bring everybody home. And the final point that I think needs to be made is this question of casualties. I don’t think you could have done all of that without significant additional U.S. casualties, and while everybody was tremendously impressed with the low cost of the (1991) conflict, for the 146 Americans who were killed in action and for their families, it wasn’t a cheap war. And the question in my mind is, how many additional American casualties is Saddam (Hussein) worth? And the answer is, not that damned many. So, I think we got it right, both when we decided to expel him from Kuwait, but also when the President made the decision that we’d achieved our objectives and we were not going to go get bogged down in the problems of trying to take over and govern Iraq. — Dick Cheney

Instead of a greater involvement of its own military, the United States hoped that Saddam Hussein would be overthrown in an internal coup d’état. The Central Intelligence Agency used its assets in Iraq to organize a revolt, but the Iraqi government defeated the effort.

The Gulf War, sold to the public