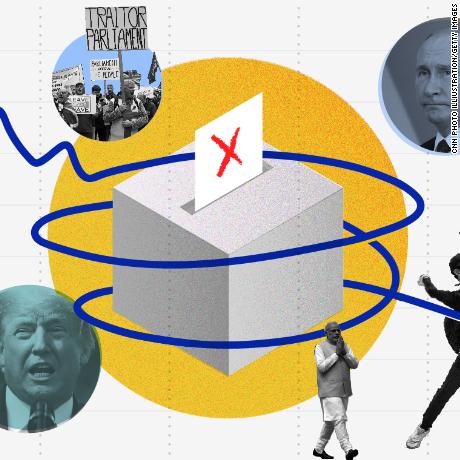 (CNN)Impeachment proceedings against an American president should be a serious democratic exercise aimed at finding the truth. But remarks from both sides of the aisle suggest the process against Donald Trump will be a futile vote along party lines.

There’s something broken in the system, experts say, and Americans are losing faith in it. Americans’ public trust in governance is at near historic lows and while the public is split on impeachment, a Pew Research poll shows the majority of Americans don’t think either party will be fair or reasonable.
The US is but one of a long list of nations growing frustrated with their democracies. If last century was defined by liberal democracy’s rise, the 21st century is so far defined by its decay.
On paper, there are more democratic countries and elected leaders in the world than ever, yet several indexes show a clear downslide in the practice of democracy overall.
….MORE