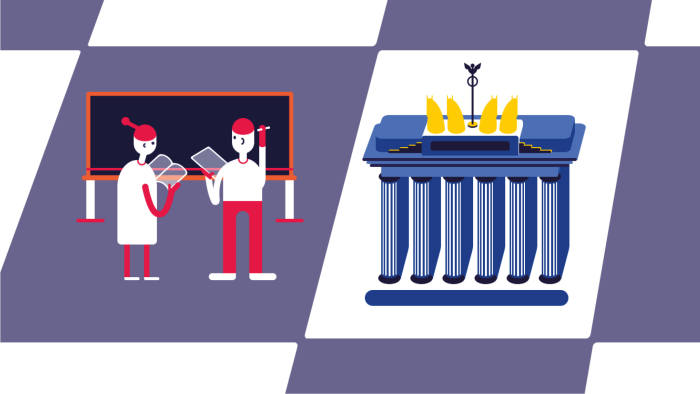 Europe faces its most testing time in decades. Nationalist parties have increased their vote share in elections across the continent, an influx of refugees has rocked governments, and while the UK — one of its biggest economies — is negotiating to leave, a US president with questionable commitment to Europe has taken office. This is why the Financial Times is launching a new project to brainstorm about the future of Europe. The project is a collaboration between leading FT experts and students and professors of six universities across Europe. The FT sees this as an opportunity to give voice to the brightest young minds to participate in the debate about their future. Their contribution will inform and enrich the debate among policymakers.

The Future of Europe Project: a letter from the editor

Europe cycles into the digital age

Monetary union comes at a price for Europe

Hegemon or political dwarf? Germany in the age of Emmanuel Macron