Today, 1% of the world is a barely livable hot zone.

Where will they go?

Early in 2019, a year before the world shut its borders completely, Jorge A. knew he had to get out of Guatemala. The land was turning against him. For five years, it almost never rained. Then it did rain, and Jorge rushed his last seeds into the ground. The corn sprouted into healthy green stalks, and there was hope — until, without warning, the river flooded. Jorge waded chest-deep into his fields searching in vain for cobs he could still eat. Soon he made a last desperate bet, signing away the tin-roof hut where he lived with his wife and three children against a $1,500 advance in okra seed. But after the flood, the rain stopped again, and everything died. Jorge knew then that if he didn’t get out of Guatemala, his family might die, too.

Even as hundreds of thousands of Guatemalans fled north toward the United States in recent years, in Jorge’s region — a state called Alta Verapaz, where precipitous mountains covered in coffee plantations and dense, dry forest give way to broader gentle valleys — the residents have largely stayed. Now, though, under a relentless confluence of drought, flood, bankruptcy and starvation, they, too, have begun to leave. Almost everyone here experiences some degree of uncertainty about where their next meal will come from. Half the children are chronically hungry, and many are short for their age, with weak bones and bloated bellies. Their families are all facing the same excruciating decision that confronted Jorge.

The odd weather phenomenon that many blame for the suffering here — the drought and sudden storm pattern known as El Niño — is expected to become more frequent as the planet warms. Many semiarid parts of Guatemala will soon be more like a desert. Rainfall is expected to decrease by 60 percent in some parts of the country, and the amount of water replenishing streams and keeping soil moist will drop by as much as 83 percent. Researchers project that by 2070, yields of some staple crops in the state where Jorge lives will decline by nearly a third.

Scientists have learned to project such changes around the world with surprising precision, but — until recently — little has been known about the human consequences of those changes. As their land fails them, hundreds of millions of people from Central America to Sudan to the Mekong Delta will be forced to choose between flight or death. The result will almost certainly be the greatest wave of global migration the world has seen.

In March, Jorge and his 7-year-old son each packed a pair of pants, three T-shirts, underwear and a toothbrush into a single thin black nylon sack with a drawstring. 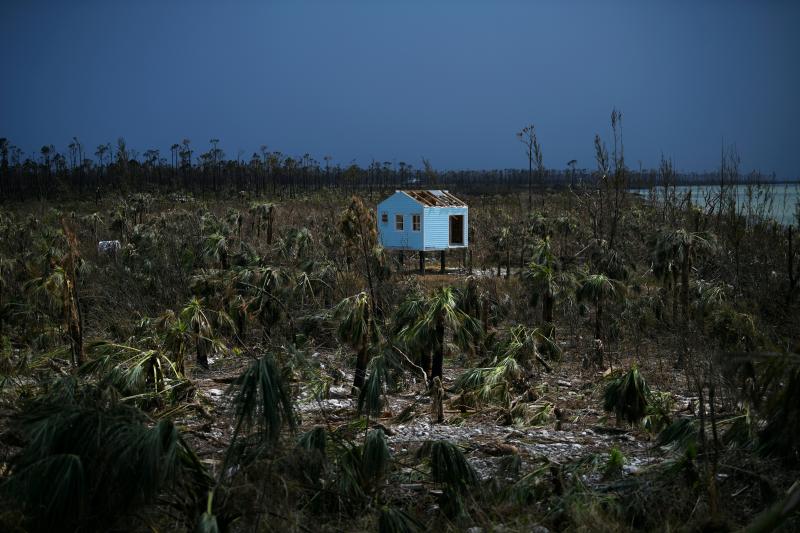 A destroyed house in the Bahamas, September 2019 v @ForeignAffairs

Climate Change Will Drive People Across Borders. But the Real Crisis Would Be Making Them Stay

Extreme wildfires savaged Northern California in 2018, leaving the homeless to camp out in a Home Depot parking lot in Oakland, not far from the billionaire hub of Silicon Valley. Hurricane Irma displaced more than 1,500 inhabitants of Barbuda in 2017: their government made plans to sell their communally held land to celebrity investors while survivors recovered in shelters. Melting permafrost and rising seas threaten the town of Shishmaref, on a barrier island off the northwest coast of Alaska—to which the administration of U.S. President Donald Trump has responded by gutting federal support for relocating homes to safer ground.

Such events are early harbingers of a global phenomenon: climate change is scrambling the habitability of the planet, and neither governments nor international organizations are meeting the needs of those displaced as a result. Already, more people live outside of their countries of birth than ever before, and according to the UN’s International Organization for Migration, as many as 200 million people might need to leave their homes for climate-related reasons by 2050.

Despite these projections, no legal framework exists to help such migrants relocate, let alone to protect them in their most vulnerable moments. Instead, governments worldwide have neglected and exploited this new class of “climate displaced”—exposing them to both climate shocks and the abuse that often follows. Governments and international organizations can pursue a better course by enabling vulnerable populations to migrate before and after disaster strikes. The benefits of such a policy far outweigh the short-term costs.