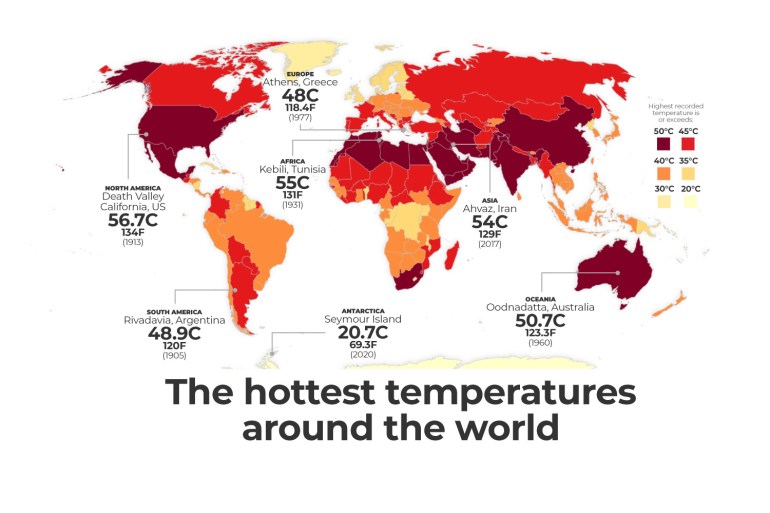 June was an exceptionally hot month for several countries in the northern hemisphere. Since Friday June 25, at least 486 sudden deaths have been recorded in Canada’s British Columbia province as temperatures soared to nearly 50C (112F). In the United States, the ongoing heatwave has buckled highways and melted power lines. A so-called “heat dome”, where high pressure traps the heat, is being blamed for the excessively high temperatures.