What is the impact of the CIA report? http://on.cfr.org/1zJIYs9

What Is the Impact of the CIA Report?

A Senate review of the CIA’s post-9/11 interrogation practices has rekindled the debate over U.S. counterterrorism. Karen Greenberg, Jack Devine, and Magnus Ranstorp weigh in on the findings.

The 10 most harrowing excerpts from the CIA interrogation report http://wapo.st/12HRiMl 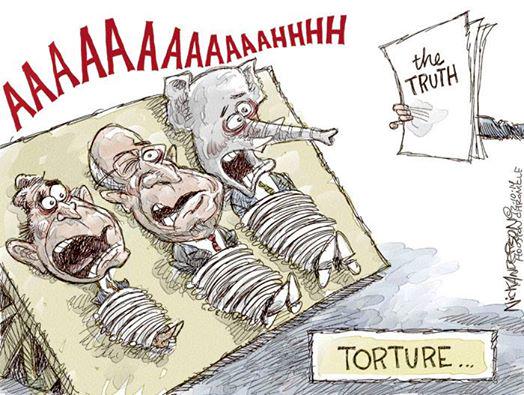 WATCH ONLINE: Covering the CIA #TortureReport. Plus, the ethics of graphic imagery – how much is too much? | http://trib.al/SruqCMD

Examining the media coverage of the CIA torture report release; plus, the ethics of graphic imagery in the news media.

CIA Director Brennan Press Conference Regarding the SSCI Study on the Former Detention and Interrogation Program on December 11, 2014.

.@PsychToday «As an anthropologist, I am fascinated by the term “enhanced interrogation.” http://ow.ly/GgnzI

Since Senator Daniel Patrick Moynihan introduced bills in 1991 and 1995 to abolish the Central Intelligence Agency and transfer its powers to the State Department, many have continued to share his concerns about the agency’s competence and performance. The Senate intelligence committee’s report on the use of torture is the latest example of the agency’s controversies.

Would the security needs of the United States be better served if the C.I.A. were dismantled?