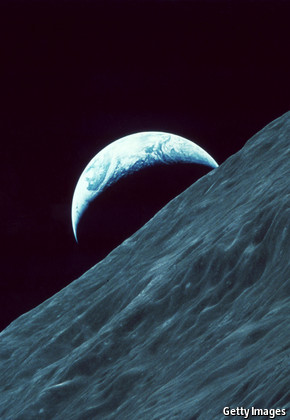 Five Billion Years of Solitude: The Search for Life Among the Stars. By Lee Billings. Current; 294 pages; $27.95. Buy from Amazon.com

Searching for what is out there

ASTROBIOLOGY, the study of alien life, has long been a science without a subject. That may be about to change. The first exoplanet (a world orbiting another star) was discovered in 1992. Over 100 more are now known, and thousands of others that have been identified by space telescopes, such as NASA’s now-defunct Kepler mission, await confirmation by instruments on Earth.

Already several planets have been identified that are similar to Earth in terms of size, temperature and gravity. The statistics seem to suggest that Earth-like worlds are common in the galaxy. Estimates from the Kepler mission suggest that there may be 2 billion of them. The first detection of life on another planet could well happen within the coming century.

Lee Billings, an American science journalist, has written a definitive guide to astronomy’s hottest field. “Five Billion Years of Solitude” is, in equal parts, a primer on the search for alien worlds, a biography of Earth and the life that inhabits it, and a story about how exoplanetology grew, and how, with the hour of its greatest triumph approaching, it fell short.

Mr Billings charts the formation and evolution of Earth, a complicated and fascinating tale of the interaction between geology, chemistry and biological life itself, which affects the planet’s atmosphere, oceans and rocks… MORE

«We have reached exoplanet overload.» http://blogs.scientificamerican.com/observations/2013/10/03/why-it-is-impossible-to-pinpoint-the-1000th-exoplanet/ …