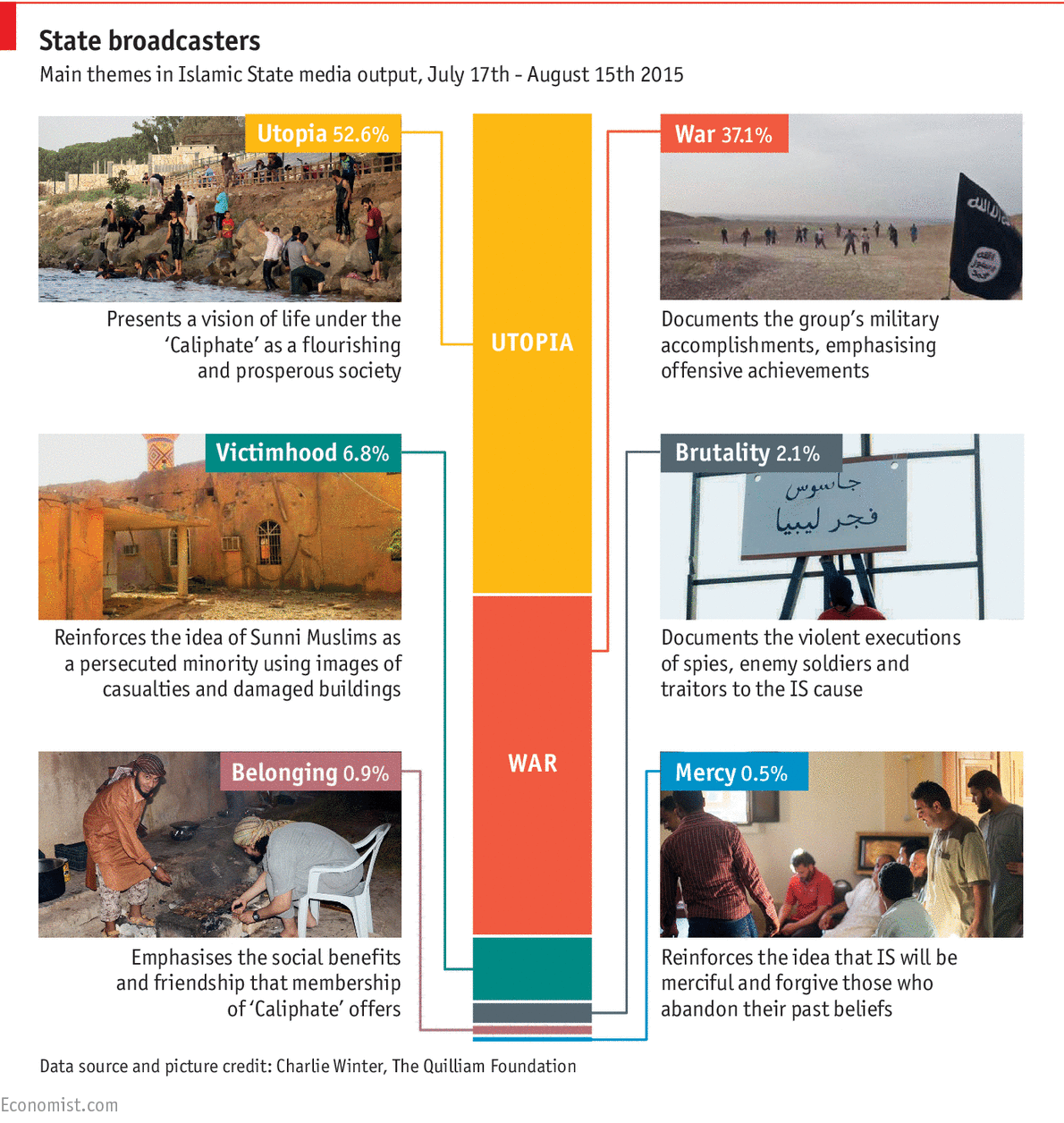 ISLAMIC STATE is well-versed in self-promotion. Official channels are mostly blocked, so the group uses search terms and hashtags to enable viewers to find and share its publicity materials online using social media. Slickly made and shocking, a regular stream of films depicting the beheading, shooting (and worse) of non-believers, gays, enemy soldiers and other victims have been widely reported by Western media. But these violent messages are only a tiny part of IS’s total media output according to a recent analysis by the Quilliam Foundation, a British anti-extremist think-tank. Between July 17th and August 15th this year it identified over 1,100 discrete messages—radio broadcasts, videos, tweets and articles created by IS using six core media teams and 38 regional units—and sifted them by theme.

The results are surprising. More than half of the messages are true propaganda, portraying a utopian civil society in which children are taken for idyllic days out by fighters and clean hospitals are run by Australian doctors as part of the “IS Health Service” (mirroring the colours and font of Britain’s National Health Service). Almost 40% trumpet its claimed military achievements, mainly offensive gains rather than defensive retrenchments. Material depicting Sunni Muslims as a persecuted minority account for 7%. Just 2% of the group’s output focuses on its appalling brutality. It is by combatting this clever emphasis by IS on a regular, orderly life that foreign governments can hope to reduce the appeal to their citizens who join the self-styled “caliphate”.