Deborah Campbell author of A Disappearance in Damascus

The relationship between reporters and fixers is central to how “foreign correspondence” is practiced. Fixers do everything from organizing logistics to reporting on the front-lines of major stories — often without credit, and sometimes in harm’s way. This panel discussion will explore the complex relationship between journalists and fixers. Panelist Deborah Cambell will discuss A Disappearance in Damascus, a real-life telling of the disappearance of her fixer. Peter Klein will be presenting the findings of the largest survey of fixers and foreign correspondents ever conducted. And we’ll hear from journalists who have used fixers and worked as fixers all over the world.

A new study explores the divisions between fixers and correspondents, as the Global Reporting Centre examines alternate models of doing foreign reporting

Sanjay Jha was sitting in the back of a car with an American journalist who had hired him for a reporting project in Hyderabad, when the correspondent made passing reference to the term “fixer.” Jha took issue with the word. He paused to look at the reporter quizzically. “What exactly am I fixing?” he asked. “Your toilet? Am I a plumber?” 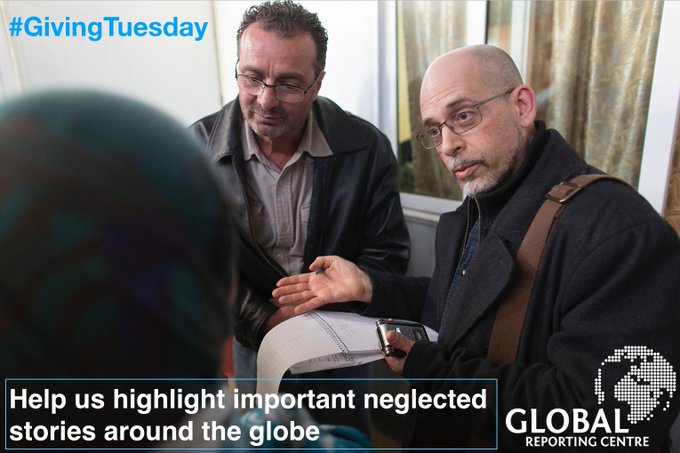 Global Reporting@GlobalRepCentre
In the piece “It’s Always the Fixer Who Dies,” writer George Packer pointed out that “it’s the fixer’s country, and he or she knows it so much better,” yet they’re never the ones to get the credit. http://bit.ly/2iYXwCe Donate today at: http://bit.ly/fundGRC #GivingTuesday

Training Iraqi Translators How to Act as Reporters –By Patrick J. McDonnell

Correspondents: They Come in Different Shapes and Sizes –By James Reynolds