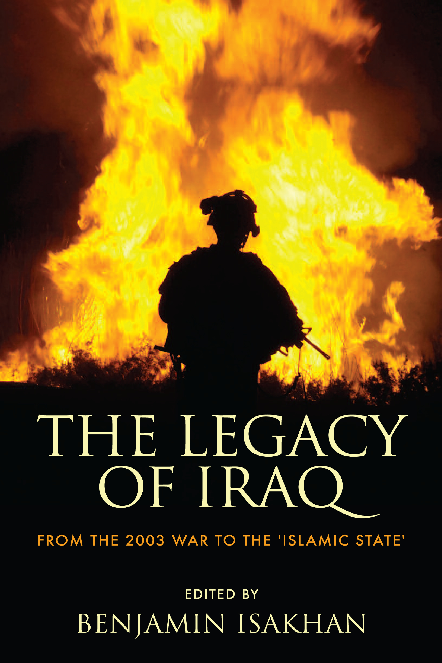 The Legacy of Iraq critically reflects on the abject failure of the 2003 intervention to turn Iraq into a liberal democracy, underpinned by free-market capitalism, its citizens free to live in peace and prosperity. It argues that mistakes made by the coalition and the Iraqi political elite set a sequence of events in motion that have had devastating consequences for Iraq, the Middle East and for the rest of the world. Today, as the nation faces perhaps its greatest challenge in the wake of the devastating advance of the Islamic State of Iraq and Syria (ISIS) and another US-led coalition undertakes renewed military action in Iraq, understanding the complex and difficult legacies of the 2003 war could not be more urgent. Ignoring the legacies of the Iraq war and denying their connection to contemporary events could means that vital lessons are ignored and the same mistakes made again.