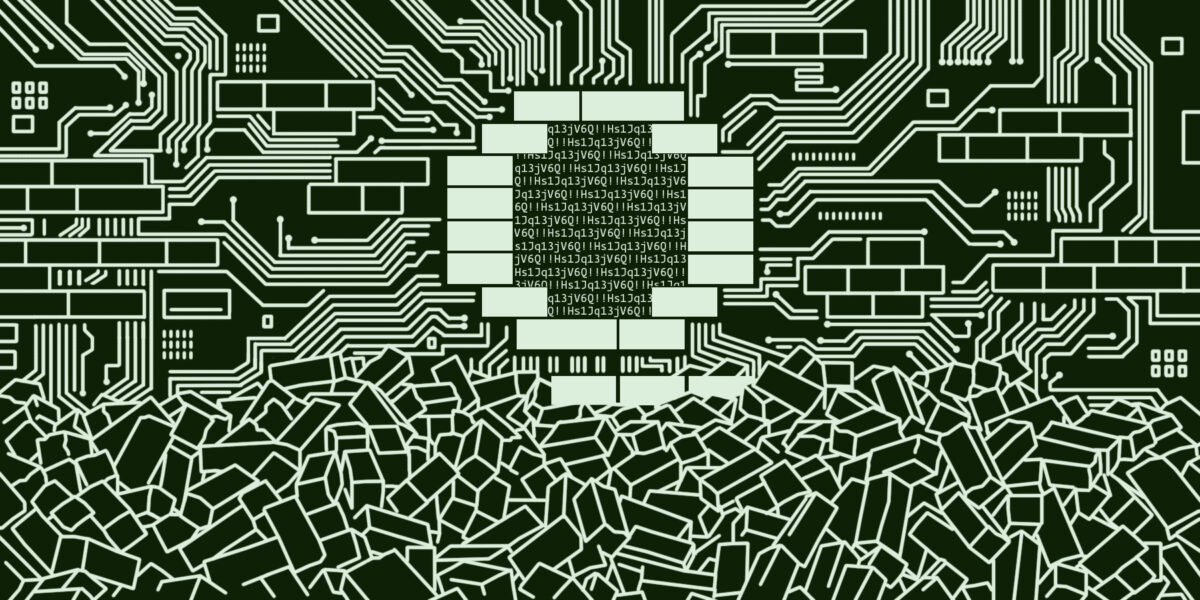 On January 6, chaos descended on Washington D.C. as supporters of President Donald Trump stormed the United States Capitol Building. Amid the melee, a longtime QAnon promoter known as “the Q Shaman” made his way onto the Senate floor and occupied the speaker’s rostrum. He was far from the only QAnon supporter on the scene that day: another led the charge into the Capitol.

Once again, this dangerous and eclectic conspiracy is in the spotlight. It has come a long way since its birth on a forum barely three years ago.

On October 28, 2017, an anonymous user browsing the /pol/ section of 4chan, a notorious alt-right imageboard, saw a post that read, “Hillary Clinton will be arrested between 7:45 AM — 8:30 AM EST on Monday — the morning on Oct 30, 2017,” and decided to respond. This user would later adopt the name “Q Clearance Patriot” (soon shortened to “Q”). Q hinted that they were a military officer in President Trump’s inner circle; their writings — almost 5,000 posts to date — gave birth to the QAnon conspiracy theory. 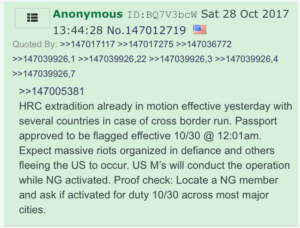 Most accounts of QAnon present this first “Q drop”, as Q’s posts are known by their acolytes, as the starting point of the Q movement. This is mistaken for two reasons. One is trivial: Q first gained an audience with a different set of drops, because their earliest efforts sank without a trace and weren’t rediscovered by anyone on 4chan until November 11 that same year. The other is deeply significant: Q’s origins can’t be divorced from the culture of /pol/, which was a rich slurry of racism, anti-Semitism, and (especially relevant here) right-wing conspiracy theories.

Therefore, QAnon was both an outgrowth and an evolution of /pol/ culture: not only were many of Q’s claims already popular on /pol/, but Q borrowed key themes and ideas from predecessors. The key to understanding the roots of Q is to understand the culture of /pol/.

But first, we need to understand the myth.