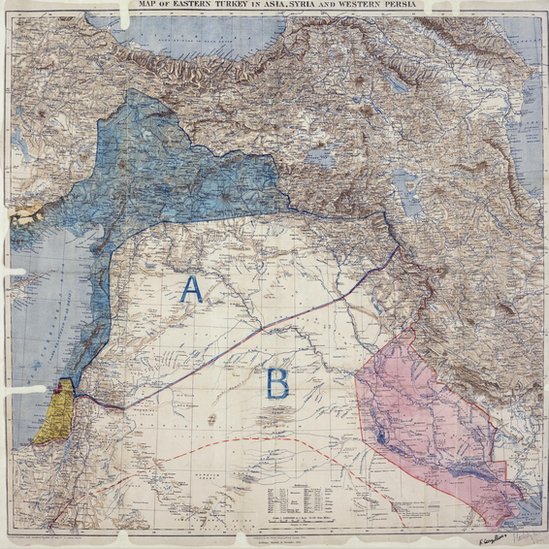 A map marked with crude chinagraph-pencil in the second decade of the 20th Century shows the ambition – and folly – of the 100-year old British-French plan that helped create the modern-day Middle East.

Straight lines make uncomplicated borders. Most probably that was the reason why most of the lines that Mark Sykes, representing the British government, and Francois Georges-Picot, from the French government, agreed upon in 1916 were straight ones.

Sykes and Picot were quintessential «empire men». Both were aristocrats, seasoned in colonial administration, and crucially believers in the notion that the people of the region would be better off under the European empires.

Both men also had intimate knowledge of the Middle East.

The key tenets of the agreement they had negotiated in relative haste amidst the turmoil of the World War One continue to influence the region to this day. But while Sykes-Picot’s straight lines had proved significantly helpful to Britain and France in the first half of the twentieth century, their impact on the region’s peoples was quite different.

The map that the two men drew divided the land that had been under Ottoman rule since the early 16th Century into new countries – and relegated these political entities to two spheres of influence:

The two men were not mandated to redraw the borders of the Arab countries in North Africa, but the division of influence existed there as well, with Egypt under British rule, and France controlling the Maghreb. 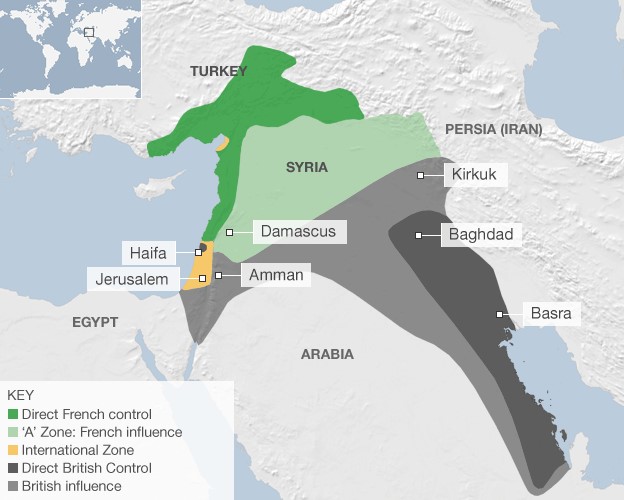 But there were three problems with the geo-political order that emerged from the Sykes-Picot agreement.

First, it was secret without any Arabic knowledge, and it negated the main promise that Britain had made to the Arabs in the 1910s – that if they rebelled against the Ottomans, the fall of that empire would bring them independence.. . MORE