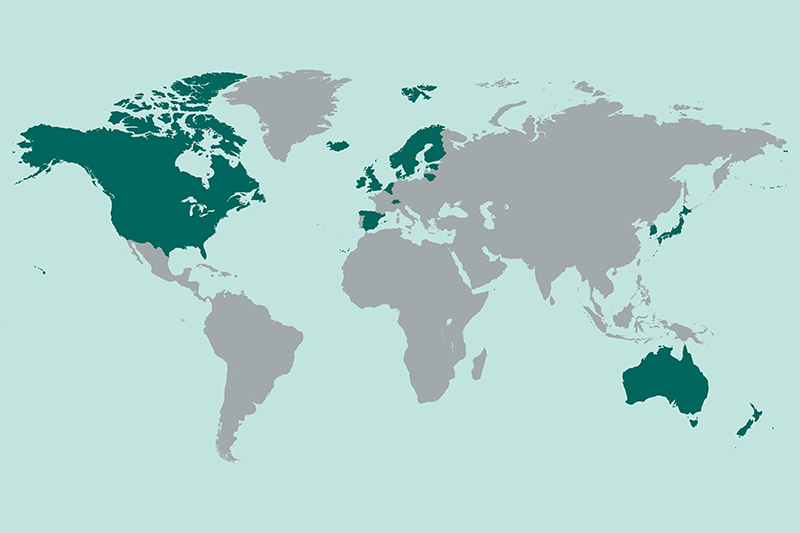 More people around the globe are attending college than ever before. According to a UNESCO report, “the number of students in higher education institutions more than doubled” in recent years, increasing from 100 million in 2000 to 207 million in 2014. During those same years, the global higher education gross enrollment ratio rose to 34 percent, up from 19 percent.

But not every country has contributed to this rise in higher education equally. Below you’ll find the countries with the most highly educated populations.*

The numbers are compiled by the Organisation for Economic Co-operation and Development. The OECD ranks countries based on the percentage of citizens with tertiary education, which is defined as those having completed the highest level of education. «This includes both theoretical programs leading to advanced research or high skill professions such as medicine and more vocational programs leading to the labor market,» the organization says. OECD focused on the population in each country between the ages of 25 and 64.