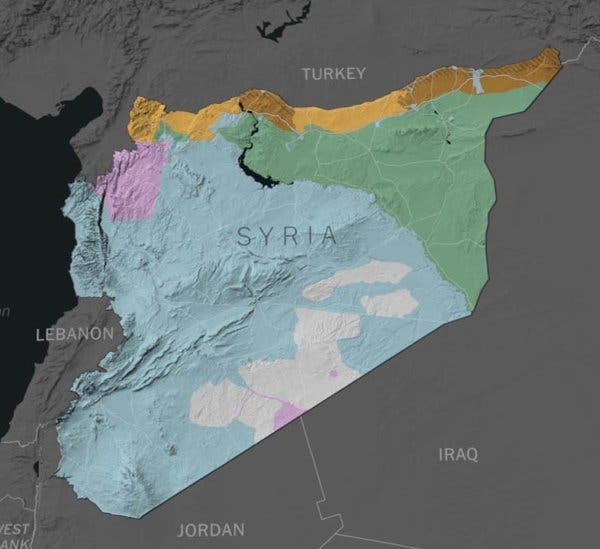 ■ President Bashar al-Assad of Syria, who has expanded his control.

■ Iran, which could gain a supply route to Hezbollah, its proxy in Lebanon.

■ Russia, which has cemented its foothold in Syria.

■ The Islamic State, which has an opening to regroup.

Our animated map shows the changing state of play.

Related: The past three weeks have also reshaped diplomatic efforts to end Syria’s eight-year civil war. New peace talks led by the United Nations are to start on Thursday in Geneva.