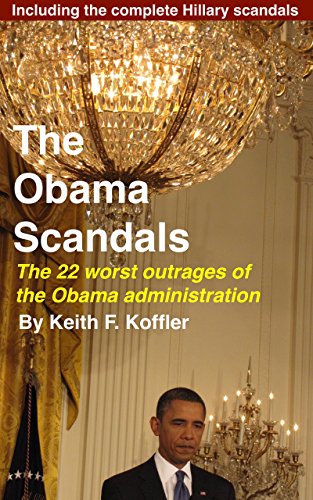 Don’t believe the spin. Barack Obama was a machine politician from Chicago, not a post-political saint sent to deliver us from politics as usual, and his administration was riddled with scandals.

As historians get busy with their hagiographies and the mainstream media mine relentlessly for supposed corruption in the Trump administration, this book lays out the evidence of the Obama administration’s abuse of power.

White House reporter Keith Koffler covered all eight years Barack Obama’s presidency and wrote about the administration’s scandals as they unfolded. From Hillary Clinton’s copious wrongdoing to Fast and Furious, the IRS attack on conservatives, and the most recent revelations of the «unmasking» of Trump officials’ names, the pantheon of Obama administration misdeeds is succinctly described in a book that finally sets the record straight.

The Obama administration was not just incompetent. It was corrupt. Here is the proof you need when your liberal friends tell you it just isn’t so.