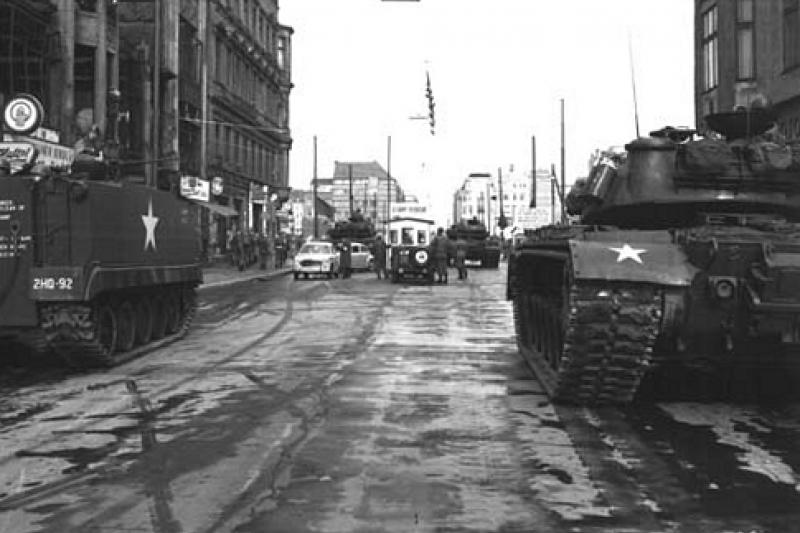 The political personality of Soviet power as we know it today is the product of ideology and circumstances: ideology inherited by the present Soviet leaders from the movement in which they had their political origin, and circumstances of the power which they now have exercised for nearly three decades in Russia. There can be few tasks of psychological analysis more difficult than to try to trace the interaction of these two forces and the relative role of each in the determination of official Soviet conduct. Yet the attempt must be made if that conduct is to be understood and effectively countered.

It is difficult to summarize the set of ideological concepts with which the Soviet leaders came into power. Marxian ideology, in its Russian-Communist projection, has always been in process of subtle evolution. The materials on which it bases itself are extensive and complex. But the outstanding features of Communist thought as it existed in 1916 may perhaps be summarized as follows: (a) that the central factor in the life of man, the factor which determines the character of public life and the «physiognomy of society,» is the system by which material goods are produced and exchanged; (b) that the capitalist system of production is a nefarious one which inevitably leads to the exploitation of the working class by the capital-owning class and is incapable of developing adequately the economic resources of society or of distributing fairly the material goods produced by human labor; (c) that capitalism contains the seeds of its own destruction and must, in view of the inability of the capital-owning class to adjust itself to economic change, result eventually and inescapably in a revolutionary transfer of power to the working class; and (d) that imperialism, the final phase of capitalism, leads directly to war and revolution.

The rest may be outlined in Lenin’s own words: «Unevenness of economic and political development is the inflexible law of capitalism. It follows from this that the victory of Socialism may come originally in a few capitalist countries or even in a single capitalist country. The victorious proletariat of that country, having expropriated the capitalists and having organized Socialist production at home, would rise against the remaining capitalist world, drawing to itself in the process the oppressed classes of other countries.» [see endnote 1] It must be noted that there was no assumption that capitalism would perish without proletarian revolution. A final push was needed from a revolutionary proletariat movement in order to tip over the tottering structure. But it was regarded as inevitable that sooner or later that push be given.

For 50 years prior to the outbreak of the Revolution, this pattern of thought had exercised great fascination for the members of the Russian revolutionary movement. Frustrated, discontented, hopeless of finding self-expression—or too impatient to seek it—in the confining limits of the Tsarist political system, yet lacking wide popular support for their choice of bloody revolution as a means of social betterment, these revolutionists found in Marxist theory a highly convenient rationalization for their own instinctive desires. It afforded pseudo-scientific justification for their impatience, for their categorical denial of all value in the Tsarist system, for their yearning for power and revenge and for their inclination to cut corners in the pursuit of it. It is therefore no wonder that they had come to believe implicitly in the truth and soundness of the Marxian-Leninist teachings, so congenial to their own impulses and emotions. Their sincerity need not be impugned. This is a phenomenon as old as human nature itself. It has never been more aptly described than by Edward Gibbon, who wrote in The Decline and Fall of the Roman Empire: «From enthusiasm to imposture the step is perilous and slippery; the demon of Socrates affords a memorable instance how a wise man may deceive himself, how a good man may deceive others, how the conscience may slumber in a mixed and middle state between self-illusion and voluntary fraud.» And it was with this set of conceptions that the members of the Bolshevik Party entered into power.

Now it must be noted that through all the years of preparation for revolution, the attention of these men, as indeed of Marx himself, had been centered less on the future form which Socialism [see endnote 2] would take than on the necessary overthrow of rival power which, in their view, had to precede the introduction of Socialism. Their views, therefore, on the positive program to be put into effect, once power was attained, were for the most part nebulous, visionary and impractical. Beyond the nationalization of industry and the expropriation of large private capital holdings there was no agreed program. The treatment of the peasantry, which according to the Marxist formulation was not of the proletariat, had always been a vague spot in the pattern of Communist thought; and it remained an object of controversy and vacillation for the first ten years of Communist power.

The circumstances of the immediate post-revolution period—the existence in Russia of civil war and foreign intervention, together with the obvious fact that the Communists represented only a tiny minority of the Russian people—made the establishment of dictatorial power a necessity. The experiment with «war Communism» and the abrupt attempt to eliminate private production and trade had unfortunate economic consequences and caused further bitterness against the new revolutionary regime. While the temporary relaxation of the effort to communize Russia, represented by the New Economic Policy, alleviated some of this economic distress and thereby served its purpose, it also made it evident that the «capitalistic sector of society» was still prepared to profit at once from any relaxation of governmental pressure, and would, if permitted to continue to exist, always constitute a powerful opposing element to the Soviet regime and a serious rival for influence in the country. Somewhat the same situation prevailed with respect to the individual peasant who, in his own small way, was also a private producer.

Lenin, had he lived, might have proved a great enough man to reconcile these conflicting forces to the ultimate benefit of Russian society, though this is questionable.