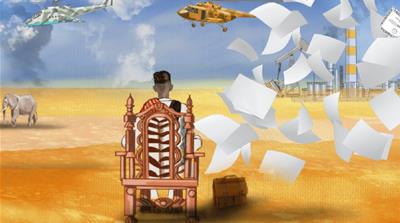 In this special edition of The Listening Post, we track the making and breaking of the West Africa Leaks, an investigative series looking into the offshore financial dealings of the rich and powerful in the region.

With more than a dozen journalists from 11 countries, the West Africa Leaks is the largest media collaboration in West African history.

As Will Fitzgibbon, the Africa Projects Coordinator for ICIJ told us: «What we’ve seen with global and media collaborations, not only is it the more the merrier, but the more the punchier.»

The Listening Post followed the investigation since February this year when the journalists involved first met in Dakar, Senegal to lay the groundwork for the project.