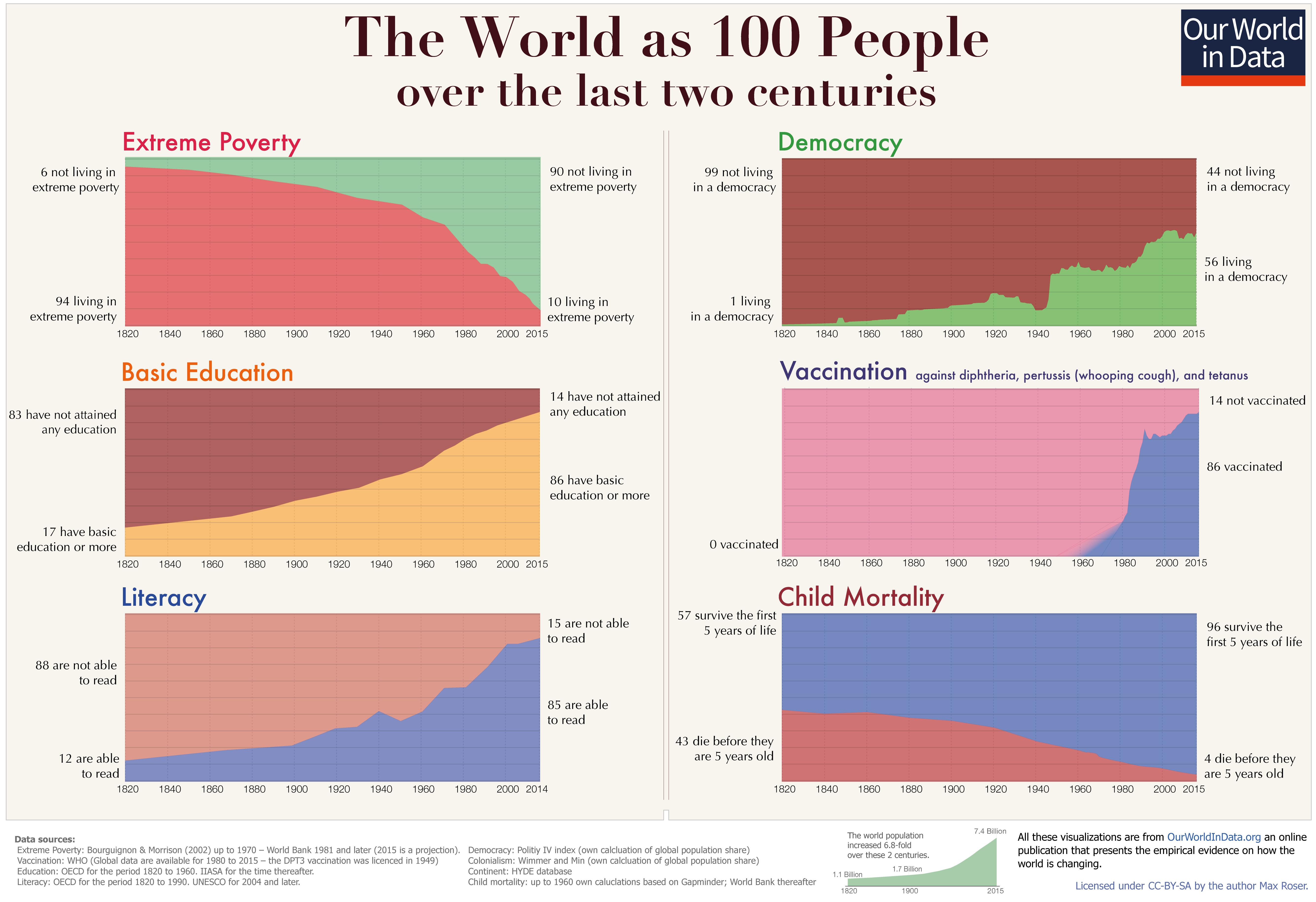 Max Roser, the Oxford economist behind Our World In Data, has devoted his career to spreading a statistically informed view of global development. Chart how things have actually changed over history, he says, and you’ll see that we’ve come a long way.

Extreme poverty has collapsed. Basic education and literacy have exploded. Democracy—measured by the Polity IV status —has rapidly spread around the globe. Vaccination against some of the worst killers of human history has become almost universal. Child mortality has collapsed.

It’s hard to think of anything that pessimists could hold up to counter those trends.

While there’s no guarantee that progress will continue, mankind is also in a better position than ever to deal with problems, Roser says.

«Solving problems—big problems—is always a collaborative undertaking,» he writes, «and the group of people that is able to work together today is a much, much stronger group than there ever was on this planet.»

Why does it matter that the world is better than ever? Because most people think it isn’t.

Certainly, few of the people chanting «Make America Great Again» think the world is getting better.

You could blame the media for focusing on the negative or simply the tendency of people to complain; whatever it is, a fundamental misunderstanding of global affairs is widespread.

Roser says this disconnect is limiting our ability to deal with future challenges (e.g., eliminating poverty, increasing liberty, and protecting the environment).

«The story that we tell ourselves about our history and our time matters,» Roser writes. «Knowing that we have come a long way in improving living conditions and the notion that our work is worthwhile is to us all what self-respect is to individuals. It is a necessary condition for self-improvement.

Roser says that pessimism also is an obstacle to freedom.

«Freedom is impossible without faith in free people,» he writes. «And if we are not aware of our history and falsely believe the opposite of what is true we risk losing faith in each other.»

Learn more about world history at Our World In Data and Gapminder.

The true cause of hunger and famine? War and weak governance (Simon O’Connell 28 Apr 2017)