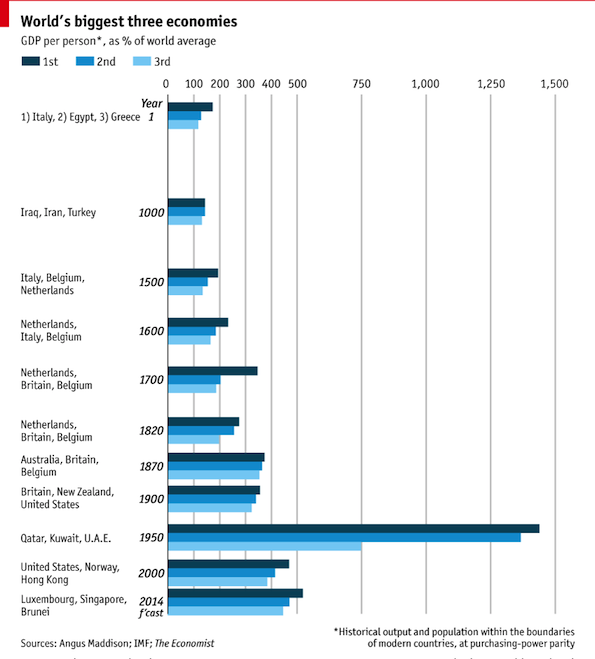 Oct 16th 2014, 8:13 by C.W. | LONDON
In this week’s print edition we published a chart that looks at the world’s biggest economies over time. We timed it to coincide with the news that China, at least in purchasing-power parity terms, is now the world’s biggest economy. People tend to find this historical stuff rather interesting, so below we have produced a similar chart that shows GDP per capita over the same time frame.

The results are quite different. Europe is much more dominant than it was in the original chart. The Netherlands, which does not feature at all in the original graph, does particularly well. Britain, which during the 1700s and 1800s developed a capital-intensive, trade-boosting navy, was a leader during these two centuries. By the 1950s, tiny but oil-rich states did nicely. THE ECONOMIST