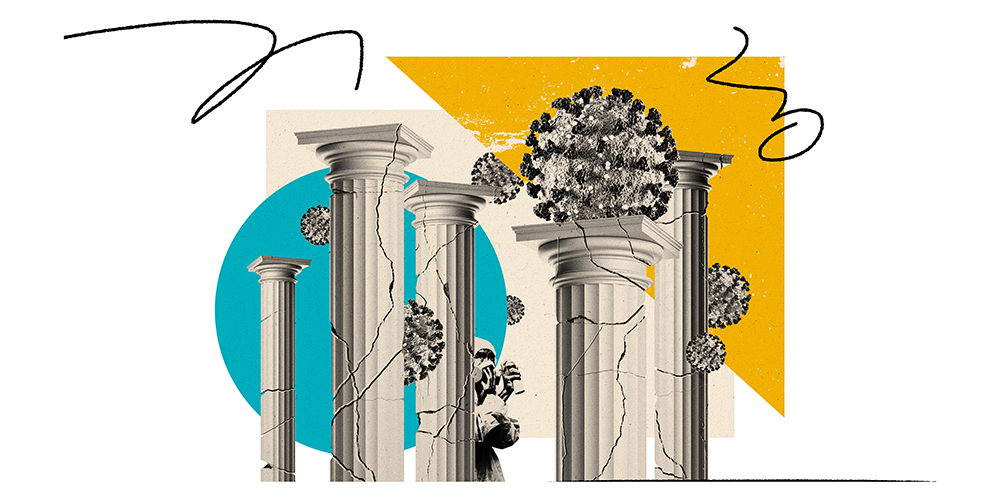 The last few years have seen rises in authoritarianism, economic protectionism, poverty, and threats to human rights and civil liberties, trends that were all further exacerbated by the COVID-19 pandemic. Efforts to combat such trends take many forms, but this report is particularly concerned with the role and impact of think tanks given their capacity to understand, explain, and shape these trends. Such organizations have proliferated globally since the 1990s, but there has been limited research and a lack of consensus regarding how successful they are in counteracting these negative trends. To explore this topic, FP Analytics conducted an in-depth survey and semi-structured interviews with think tank personnel to highlight the experiences and viewpoints of the think tank staff working on the ground to advance democracy, economic openness, human rights, and poverty reduction in their home countries.

The COVID-19 pandemic exposed and exacerbated several troubling global trends, including increasing authoritarianism, economic protectionism, and threats to human rights and civil liberties. It threatened to undo the significant gains in global economic and political development since the end of the Cold War. Today, 2.6 billion people—35 percent of the global population—live under regimes that are becoming more authoritarian. By contrast, just 8 percent of the world’s population live under regimes that are becoming more democratic.1 For the first time since 2001, democracies are not the majority regime type in the world.2 Accompanying these shifts in governance are troubling trends across key aspects of human development. For example, the World Bank estimates that the pandemic has pushed 115 million people into extreme poverty.3 Likewise, the United Nations Development Programme (UNDP) has warned that disruptions to food supply chains, declines in economic activity, and diversions of resources toward emergency medical responses due to COVID-19 will delay progress toward meeting the Sustainable Development Goals (SDGs) that was already moving at a slower pace than necessary to meet the targets by their 2030 deadline.4

Local think tanks are among the organizations working at the forefront of these challenges. With their deep understanding of, and analytical perspectives on, the domestic power structures in their respective countries of operation, and through their research and role in informing policymakers, the media, and the public with their analyses, these organizations can play a vital role in addressing the root causes and counteracting the impacts of such concerning trends. However, to date, there have been limited research and a lack of consensus regarding how think tanks make and measure impact, how they operate, and the degrees to which they are effectively addressing these and other challenges within their countries. Understanding these challenges is key to understanding think tanks’ utility and to maximizing their effectiveness. Accordingly, FP Analytics (FPA) undertook an in-depth investigation of local think tanks, interviewing 51 senior think tank leaders from organizations around the world and surveying another 322. This analysis sheds light on the perspectives of think tank leaders and how they are working to tackle four major issues including poverty and standards of living, economic openness, governance, and declining liberal democratic norms. Several notable findings emerged:

COVID-19 Presents Challenges and New Opportunities for Local Think Tanks: Think tank leaders felt that the pandemic has had a substantial negative effect on these four key areas in addition to causing operational challenges. The pandemic has provided cover for illiberal reforms and retaliation against opposition activity by authoritarian regimes, putting think tank staff at risk. However, the pandemic has placed a renewed spotlight on the importance of civil liberties, human rights, and the organizations and individuals working to defend them.

Governance and Declining Liberal Democratic Norms Are Major Worries: While all of the four major issues were serious concerns for survey respondents, two stood out. Nearly three-quarters of respondents reported being seriously concerned about governance, and 56 percent reported serious concerns regarding declining liberal democratic norms.

Local Dynamics Require Local Expertise: Though these organizations often work globally, around two-thirds of think tank leaders surveyed perceived significant unique aspects to how the trends of democratic decline, poor governance, poverty, and economic protectionism are manifesting in their countries. These leaders contended that local organizations are among the best positioned to address these challenges, given their local knowledge of the political, social, and other dynamics influencing socio-political realities on the ground. This includes an advantage in defining and measuring impact within local contexts.

Local Think Tanks Are Seeing an Impact, Despite Challenges: The vast majority of survey respondents reported having an impact or a substantial impact addressing poverty, declining liberal democratic norms, governance, and economic openness in their countries. How think tank leaders define “impact” is varied, with some pointing to concrete policy change and others noting amplification of research and analysis across public media. In countries where governments are actively suppressing dissent, think tanks are minimizing direct engagement with policymakers and diversifying their work to include monitoring and evaluating government activities, offering skills training, building youth capacity, translating literature, and diversifying school curricula.

While local think tanks are under tremendous pressure in some locations, and face great challenges globally from the pandemic, think tank personnel report having positive impacts on governance, declining democratic norms and liberties, poverty, and economic openness. In part, this is because they have adapted to the changing political and economic climate. Some have shifted toward a focus on messaging, public relations, and training students and activists. Others have continued to produce strong research, meet with political leaders, and spread their work through mainstream media. Think tank leaders repeatedly emphasized the value of coalitions and partnerships, noting that they have learned important lessons and best practices through connecting with others with shared goals. Specific recommendations for think tanks, as well as donors and stakeholders, to build on this success include:

For Donors and Other Stakeholders