By BLAKE HOUNSHELL and RENUKA RAYASAM

NIGHTLY WUERKER — POLITICO’s Pulitzer Prize-winning editorial cartoonist Matt Wuerker talks — while drawing — about his inspirations (including “Survivor” tribal councils and “The Flintstones”) in the opening episode of his new video show, Punchlines.

ENDGAME — So what happens after we kick the virus?

Nobody really knows, but companies and governments are placing giant bets on what our post-Covid future will look like. It could look like anything from a fascism-friendly world dominated by China to a glorious resurgence led by America and Europe, according to a new report due out Thursday and previewed by POLITICO. The authors, former intelligence official Mat Burrows and Peter Engelke of the Atlantic Council, lay out three scenarios — from worst to best. And they are some doozies:

SCENARIO 1: THE GREAT DECELERATION — Everyone loses. “The United States, Europe and China all struggle to recover despite major fiscal and monetary efforts. The recovery stretches well into the 2020s, aggravated by the fact that it takes much longer for a vaccine to be developed than hoped for.” The West flails as President Donald Trump wins reelection and the EU becomes paralyzed. Inside China, discontent grows as Communist Party leaders struggle to revive the economy. Yikes: “By the mid-2020s, deglobalization is speeding up, yielding slow economic growth everywhere. Poverty levels are rising in the developing world and there is the potential for open conflict between the United States and a China-Russia alliance.”

The Pandemic Will Accelerate History Rather Than Reshape It

We are going through what by every measure is a great crisis, so it is natural to assume that it will prove to be a turning point in modern history. In the months since the appearance of COVID-19, the disease caused by the novel coronavirus, analysts have differed over the type of world the pandemic will leave in its wake. But most argue that the world we are entering will be fundamentally different from what existed before. Some predict the pandemic will bring about a new world order led by China; others believe it will trigger the demise of China’s leadership. Some say it will end globalization; others hope it will usher in a new age of global cooperation. And still others project that it will supercharge nationalism, undermine free trade, and lead to regime change in various countries—or all of the above.

But the world following the pandemic is unlikely to be radically different from the one that preceded it. COVID-19 will not so much change the basic direction of world history as accelerate it. The pandemic and the response to it have revealed and reinforced the fundamental characteristics of geopolitics today. As a result, this crisis promises to be less of a turning point than a way station along the road that the world has been traveling for the past few decades.

It is too soon to predict when the crisis itself will end. Whether in six, 12, or 18 months, the timing will depend on the degree to which people follow social-distancing guidelines and recommended hygiene; the availability of quick, accurate, and affordable testing, antiviral drugs, and a vaccine; and the extent of economic relief provided to individuals and businesses.

Yet the world that will emerge from the crisis will be recognizable. Waning American leadership, faltering global cooperation, great-power discord: all of these characterized the international environment before the appearance of COVID-19, and the pandemic has brought them into sharper-than-ever relief. They are likely to be even more prominent features of the world that follows.

The coronavirus pandemic presents a substantial shock to the postwar order, established by the United States and its allies. For the past 75 years, the United States and its partners have led a rules-based system predicated on liberal democratic values, an open global economy, and formal institutional bodies backed by powerful democratic states. But this order has not gone unchallenged, and the current pandemic threatens the future of the system at large. A downturn in Western economies could boost a rising China, while a global depression could breed support for protectionism. International bodies designed to safeguard public health appear weak and unable to contain the crisis, and alliances with transatlantic partners are fraying as nations turn inward and close borders. Sustaining and revitalizing the rules-based order that has guaranteed freedom, prosperity, and peace for decades requires a decisive global and US-led response to the pandemic. 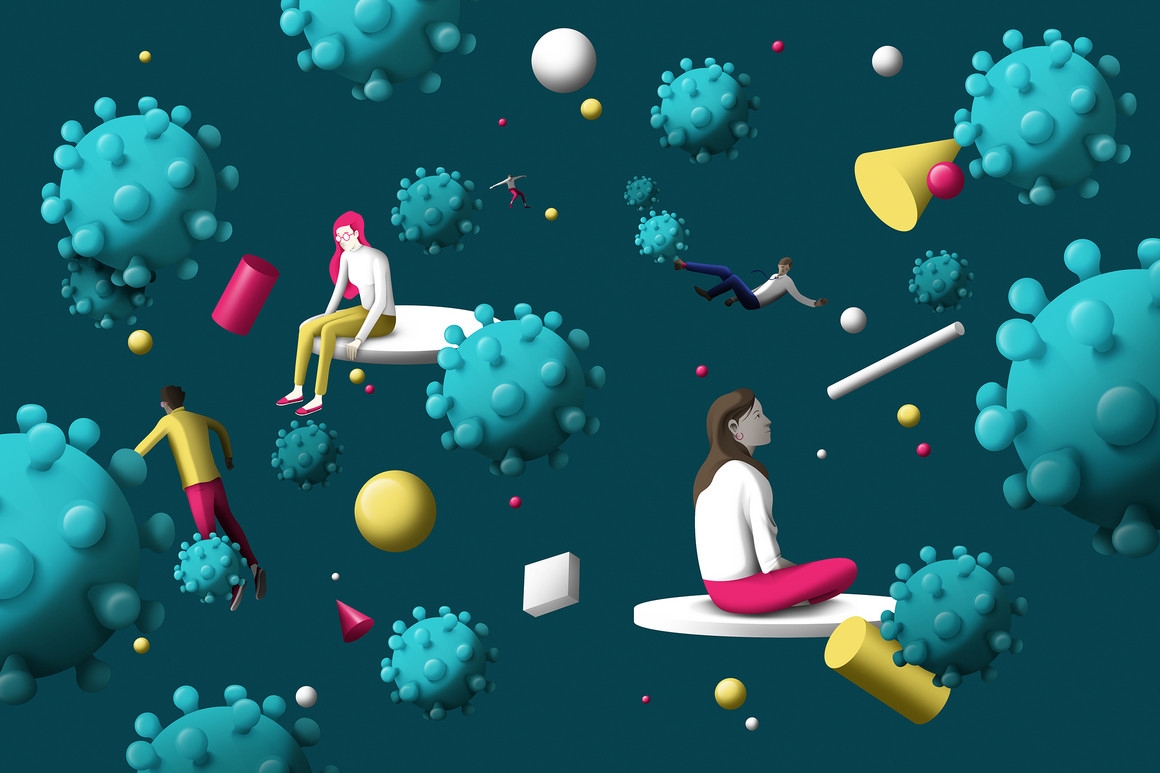 Coronavirus Will Change the World Permanently. Here’s How

A crisis on this scale can reorder society in dramatic ways, for better or worse. Here are 34 big thinkers’ predictions for what’s to come

For many Americans right now, the scale of the coronavirus crisis calls to mind 9/11 or the 2008 financial crisis—events that reshaped society in lasting ways, from how we travel and buy homes, to the level of security and surveillance we’re accustomed to, and even to the language we use.

Politico Magazine surveyed more than 30 smart, macro thinkers this week, and they have some news for you: Buckle in. This could be bigger.

A global, novel virus that keeps us contained in our homes—maybe for months—is already reorienting our relationship to government, to the outside world, even to each other. Some changes these experts expect to see in the coming months or years might feel unfamiliar or unsettling: Will nations stay closed? Will touch become taboo? What will become of restaurants?

But crisis moments also present opportunity: more sophisticated and flexible use of technology, less polarization, a revived appreciation for the outdoors and life’s other simple pleasures. No one knows exactly what will come, but here is our best stab at a guide to the unknown ways that society—government, healthcare, the economy, our lifestyles and more—will change.