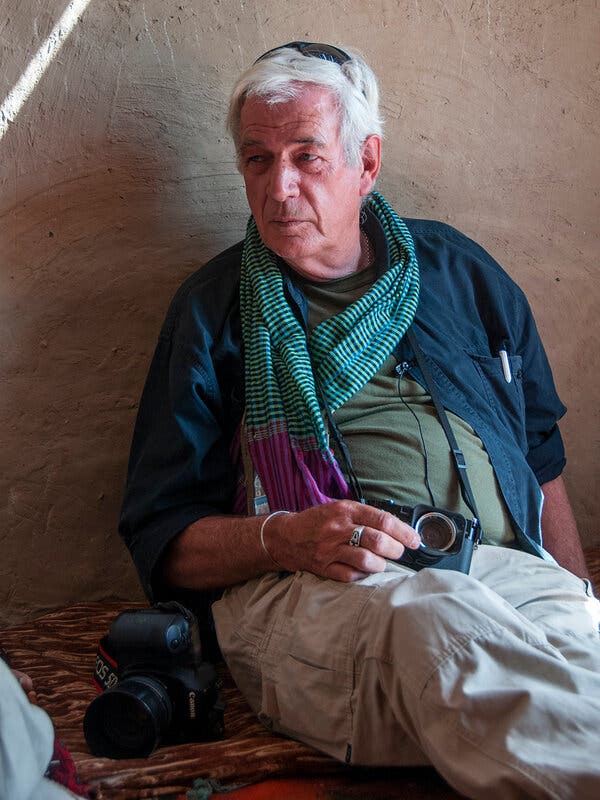 Tim Page in 2009. He was one of the most vivid personalities in a corps of photographers whose images helped shape the course of the Vietnam War.Credit…Barat Ali Batoor

Tim Page, one of the pre-eminent photographers of the Vietnam War, known as much for his larger-than-life personality as for his intense and powerful combat photographs, died on Wednesday at his home in New South Wales, Australia. He was 78.

His death, from liver cancer, was confirmed by his longtime partner, Marianne Harris.

A freelancer and a free spirit whose Vietnam pictures appeared in publications around the world in the 1960s, Mr. Page was seriously wounded four times, most severely when a piece of shrapnel took a chunk out of his brain and sent him into months of recovery and rehabilitation.

Mr. Page was one of the most vivid personalities among a corps of Vietnam photographers whose images helped shape the course of the war. He was a model for the crazed, stoned photographer played by Dennis Hopper in Francis Ford Coppola’s “Apocalypse Now.”

The life and work of photographer Tim Page, in his own words