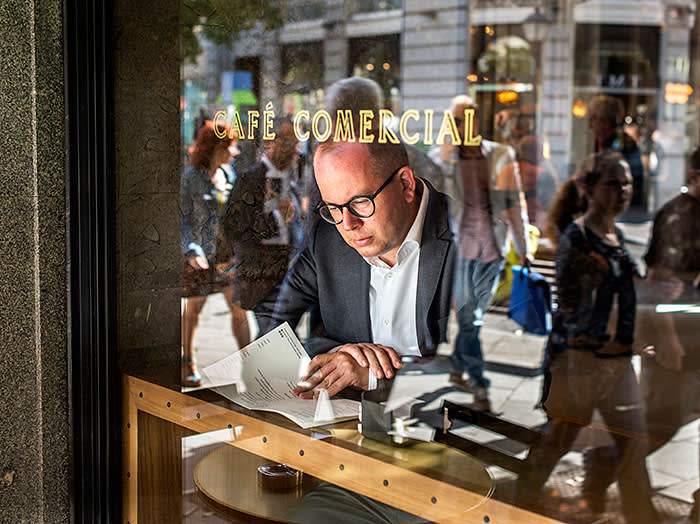 I arrived in Madrid in December 2012, in time to celebrate the bleakest Christmas the city had seen in a generation. Capital and country were reeling from a series of shocks that had brought Spain to the brink of ruin. Six months earlier, a slow-burning banking crisis had blazed out of control, forcing the government to request billions in rescue aid from its European partners. Spain was in recession and suffering an unemployment crisis that would see the jobless rate peak at 27 per cent a few months after my arrival.

Reminders of the nation’s desperation were everywhere. On days when I took my son to kindergarten we would pass a long line of people — not all of them poorly dressed — waiting outside a church-run soup kitchen. Walking to my office in the morning, I would find more and more shops boarded up. Inexplicably, the tiny store that sold and repaired mechanical typewriters held out, defying both the economic downturn and technical obsolescence. Then, one day, I found that it, too, had gone out of business.

The city suffered but it kept going. Recovery came, eventually. Yet even at the worst moments of the crisis, Madrid never felt like it was staring into the abyss of social collapse. Families helped each other. Communities rallied. People continued to treat each other with the decency and empathy that make Spanish society so admirably resilient.

There was anger, to be sure, but it was directed at people you saw on television, not in the street. Spaniards cursed the corrupt politicians and the reckless bankers who had created this mess, and those merciless austerians in Brussels and Berlin who were telling them how to get out of it. But I never saw a bad word directed at the young west African migrant selling pirate DVDs outside my house, or the foreign lady begging outside my local supermarket. Neighbours would greet them every morning, like people who belonged to the barrio. Madrid, and the country at large, came through the crisis with reserves of solidarity and grace that were at times hard to fathom, and harder still to forget.

After four-and-a-half years in the Spanish capital, I am leaving Madrid and moving to Berlin with my partner Ana, a Spanish journalist, and our five-year-old son Tom. I am looking forward to the chance to write from the nerve centre of political power in Europe. But I am also keenly aware of what we are about to lose: Madrid is a wonderful place to visit, but a better place still to live in.