Today, we’ll look at the Top Geopolitical Risks of 2021, brace for an historically ugly week for American politics, check in on India’s COVID jabs, and sound the alarm in the Persian Gulf.

As always, thank you for reading Signal. 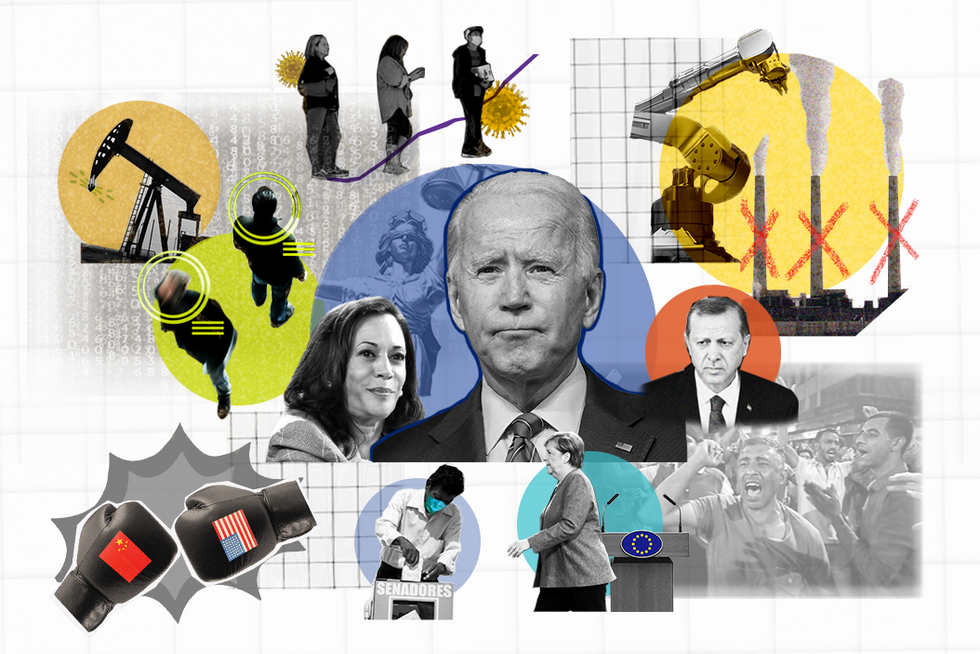 Every year, Eurasia Group, our parent company, produces its list of the top 10 geopolitical risks for the coming year. This year’s report is authored by Eurasia Group’s president, Ian Bremmer, and its chairman, Cliff Kupchan.

(Full disclosure: Ian Bremmer is my boss, and I’ve been working on Eurasia Group Top Risks reports for 16 years.)

For 2021, Bremmer and Kupchan double down on the accelerating polarization at the heart of the world’s sole superpower. Last year’s report opened with the question «Who Governs the US?» Top Risk #1 centered on the election-year threat to the integrity of American political institutions.

This year’s Top Risk #1 is titled «46*,» as Joe Biden’s term opens the era of the asterisk presidency, a time when every Oval Office occupant is seen as illegitimate by roughly half the country — and (some of) the lawmakers that election skeptics send to Congress. This week’s expected insurrection by dozens of Republican lawmakers on behalf of outgoing President Trump and his charges of election fraud on the floors of the US House and Senate underline the depth of partisan bitterness.

The significance beyond US borders is that Republicans and Democrats will disagree sharply — with each other and among themselves — over most of the objectives of US foreign policy.

In addition, the size of Trump’s base, and the broadening of that base to include more minority voters, leaves allies and potential partners wondering whether the next «America First» president and foreign policy are just four years away.

Top Risk #2 is called «Long COVID» to capture the lingering impact of COVID-19 on both political stability in many countries and the global economy. The pandemic will leave a legacy of high debt, displaced workers, and lost trust. The distribution of vaccines will further divide haves from have nots, both within and among nations, stoking anti-incumbent anger and public unrest in many countries.

Climate policy will move from the playground of global cooperation to the arena of global competition. China’s long-standing industrial policy approach will now face a much more aggressive climate push from Washington. Some parts of the clean energy supply chain will face political pressures like those seen in the tech sector. The push for net-zero emissions targets will create enormous opportunities for private capital, but winners and losers will be determined as often by political factors as by market forces.

A shared desire in Washington and Beijing for stability in US-China relations will briefly ease headline tensions, but intensifying vaccine diplomacy and climate tech competition will combine with longstanding frictions over questions like trade, Hong Kong, Taiwan, and the South China Sea to further complicate the US-China rivalry.

A slowdown or halt to the free flow of sensitive data across borders will raise costs for companies, and disrupt popular apps and digital business models. This risk begins with the US and China, but it doesn’t end there. Even as the data-driven 5G and AI revolutions gain steam, other governments concerned about who is accessing their citizens’ data – and how – will erode the foundation of the open global internet.

A combination of low-probability but high-impact risks and inexorable technology trends will make 2021 the year that cyber conflict creates unprecedented technological and geopolitical risk in cyberspace.

Economic setbacks in 2021 and Turkey’s poor COVID response will leave President Recep Tayyip Erdogan struggling to win back voters disillusioned with his two-decade rule. That will encourage Erdogan to launch more foreign-policy adventures to fuel nationalism and distract his supporters, but in 2021, Turkey’s president won’t have international friends to shield him from the consequences.

Energy-producing countries in the Middle East and North Africa faced a collapse in global energy demand in 2020 that left governments from Algeria to Iran with less cash flowing into their coffers as the pandemic sickened citizens and weakened economies. 2021 will be worse, because energy prices will remain low. Reforms will slow, and protests will grow.

Angela Merkel‘s departure later this year after 15 years as Germany’s chancellor will drive risk in Europe. The EU faces an economic hangover from lockdowns in several countries, and Merkel won’t be there to encourage flexibility in the multilateral response. Without Merkel to serve as a strong and neutral negotiator, diplomatic efforts to resolve energy and territorial disputes in the Eastern Mediterranean will struggle. The EU position will become more hawkish as France pushes more member states to get tough with Turkey.

Governments in Latin America face intensified versions of the formidable political, social, and economic problems they confronted before the pandemic. There will be no large-scale vaccinations until late in the year, and countries are poorly positioned to deal with another COVID wave before then.

Agree with this list? Disagree? Tell us what you think, Signal readers!Ian Bremmer explains the «Top Risk» of 2021: divided US domestic politics

In an era when every US president is seen as illegitimate by roughly half the country, US domestic politics is Eurasia Group’s top geopolitical risk for this coming year. Ian Bremmer explains why in this clip from our recent livestream on 2021 Top Risks. 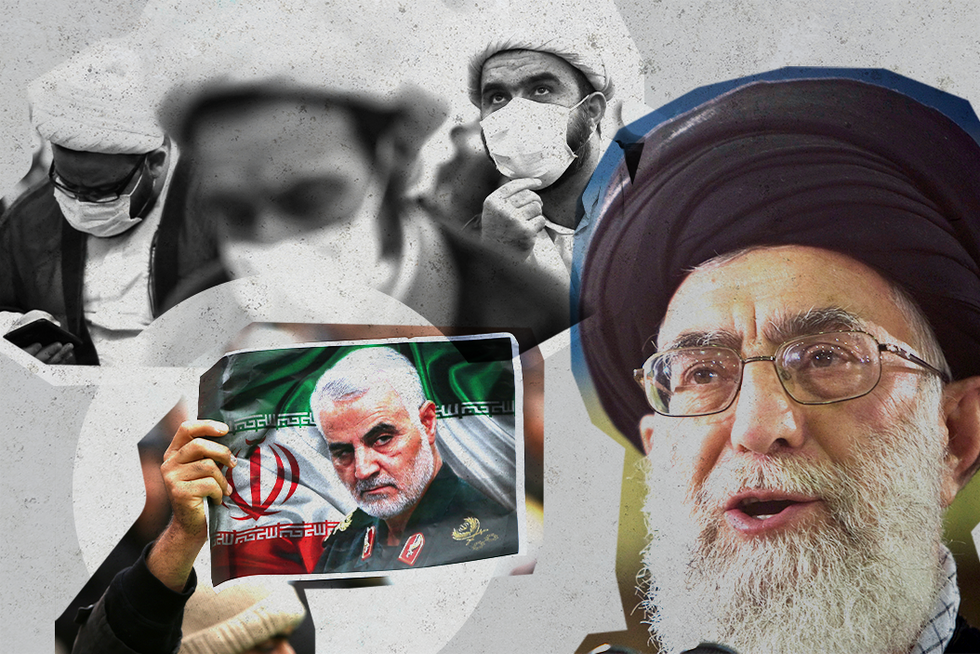 Iran ups uranium enrichment: In its most flagrant violation to date of the 2015 nuclear deal, Iran confirmed that it had started enriching uranium to 20 percent purity at its Fordo facility. Under the deal, which the Trump administration abandoned in 2018, Tehran was only allowed to enrich uranium up to 3.67 percent purity (not enough to build a nuclear weapon) and was required to stop enrichment at its underground facility at Fordo altogether. Washington — and the Israelis — say this recent development reflects Iran’s mendaciousness, but Tehran argues it’s merely a response to the US going back on its word and imposing crippling economic sanctions in recent years that have squeezed the Iranian economy. Meanwhile, the Iranians have also recently engaged in bellicose activities in the volatile Strait of Hormuz, seizing a South Korean tanker that Tehran says breached its maritime sovereignty. This week also marks one year since the US slaying of Iranian general Qassim Suleimani, an event that ratcheted up US-Iranian tensions — and one that Tehran has vowed to avenge in due time.

India’s vaccine concerns: India on Sunday approved the Oxford-AstraZeneca coronavirus vaccine, as well as a vaccine developed locally by Bharat Biotech, a massive development for one of the hardest-hit countries in the world. While the government is hoping that this will mark the beginning of the country’s pandemic recovery, there are still several (massive) hurdles to overcome. First, there is widespread doubt among the public about the local vaccine’s efficacy and safety after the government gave the green light without releasing comprehensive data. Second, distributing vaccines to India’s 1.3 billion people, many of whom live in rural areas with little access to public health facilities, will be a mammoth task. This is further complicated by the fact that both approved vaccines require two doses. Third, the rollout process has implications beyond the country’s borders: India has pledged to provide 200 million doses to COVAX facility to ensure equitable distribution of vaccines, but now Delhi says it will do so only after it has inoculated a critical mass of its own citizens, which means other developing nations may not get the drugs for months. We’re watching how this all plays out, and whether India leverages its power as the world’s top manufacturer to hoard vaccines that scores of developing countries — including many of India’s neighbors — are waiting for. 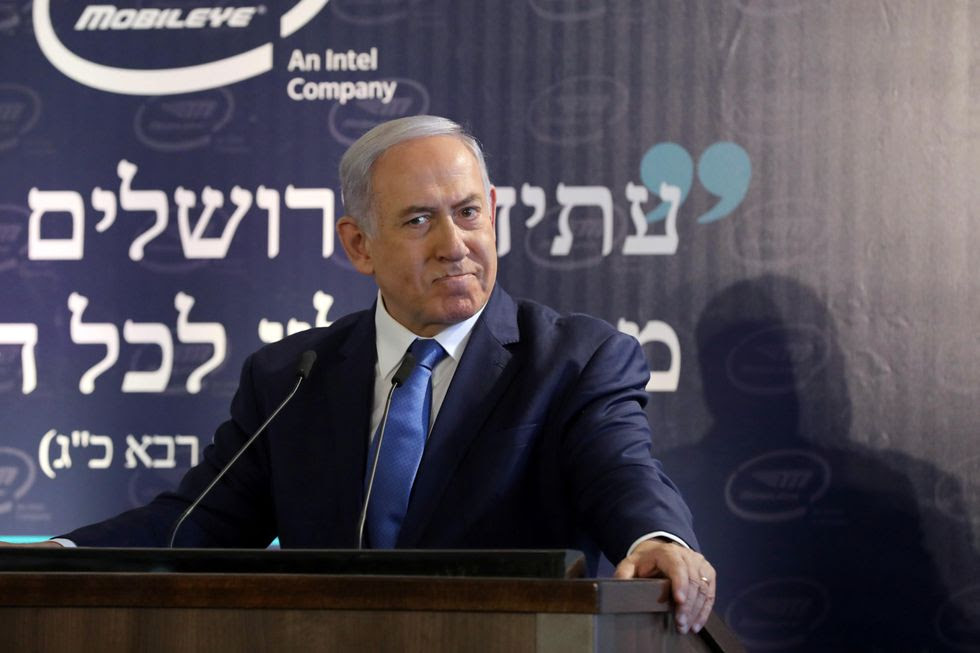 150: Israeli prosecutors have amended one of three corruption indictments against Prime Minister Benjamin Netanyahu, claiming that the PM was personally aware of or involved in making 150 demands to a powerful media executive to ensure positive coverage of his government in exchange for regulatory benefits. Netanyahu, for his part, denies any wrongdoing, calling the cases part of a «witch hunt» against him.

21,000: South Korea’s population dropped for the first time in over a decade, falling by almost 21,000 year-on-year as the number of deaths surpassed the number of births. South Korea is grappling with an increasingly aging society, with more than 24 percent of the population now over the age of 60.

37.5: Venezuela’s oil exports plunged in 2020, dropping by 37.5 percent compared to the previous year, a staggering 77-year low. Venezuela’s once-booming oil sector has taken a hit in recent years as a result of US economic sanctions — and has been further pummeled because of COVID-19 disruptions.

100: Just a week after its presidential election, the West African country of Niger experienced one of its worst attacks in history on Saturday, when militants stormed two towns in the southwestern region of Tillabéri, killing at least 100 people. No group has claimed responsibility for the rampage yet, but Islamic State affiliates have increasingly made inroads in Niger over the past few years.

«Dictators ride to and fro upon tigers which they dare not dismount.»

– A Chinese proverb made famous in the West by Winston Churchill.

This edition of Signal was written by Willis Sparks, Gabrielle Debinski, and Carlos Santamaria. Art by Annie Gugliotta and Jess Frampton. Spiritual Counsel from Alex Kliment and Brad Raffensperger.