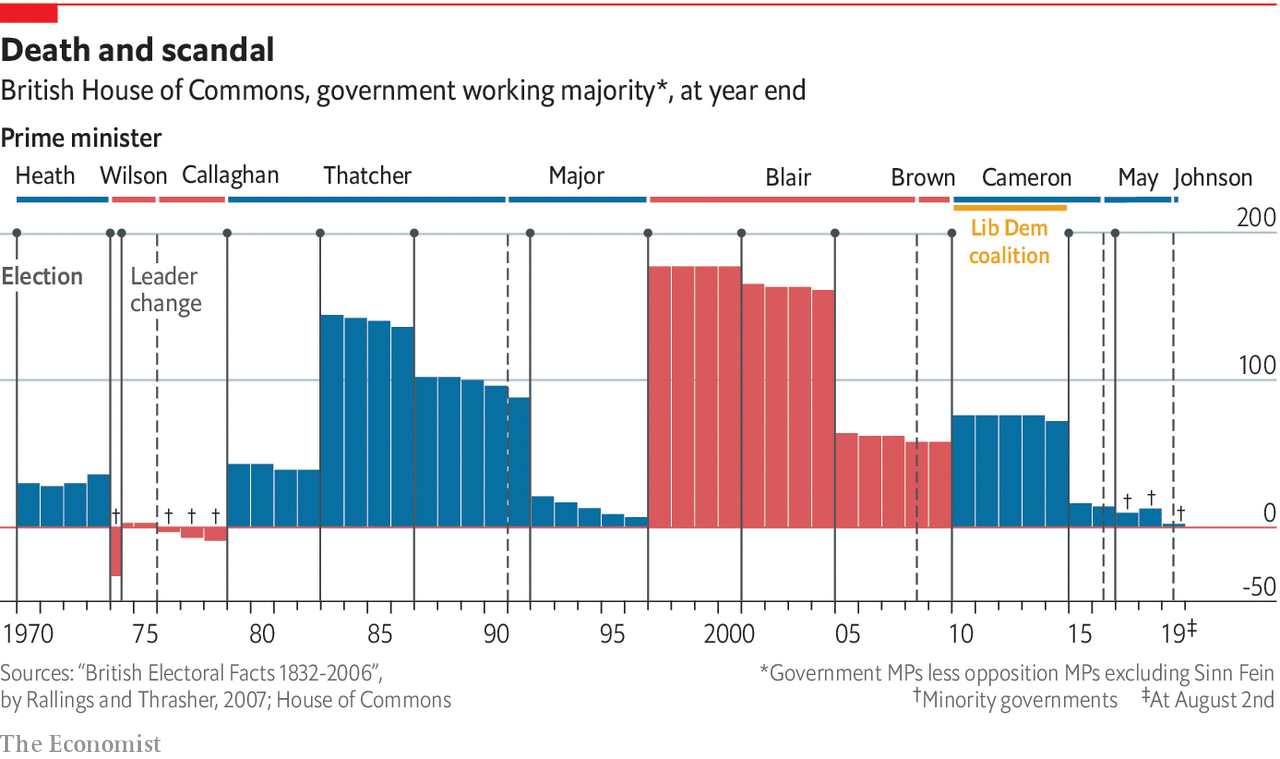 EVERY SUMMER tourists in London head to Westminster to see parliament’s famous clock tower, commonly known as Big Ben, for the bell inside. For the past two years, however, they have come away disappointed. The tower is shrouded in scaffolding as the crumbling parliament buildings undergo overdue repairs.

The British government is disintegrating, too. On August 1st the Conservatives, led by a prime minister of nine days standing, lost a seat in a by-election in Wales. That result cut Boris Johnson’s working majority—the lead that his government and its allies hold over opposition parties—to just a single MP.