Military budgets are only one gauge of military power. A given financial commitment may be adequate or inadequate depending on the number and capability of a nation’s adversaries, how well a country invests its funds, and what it seeks to accomplish, among other factors. Nevertheless, trends in military spending do reveal something about a country’s capacity for coercion. Policymakers are currently debating the appropriate level of U.S. military spending given increasingly constrained budgets and the winding down of wars in Iraq and Afghanistan. The following charts present historical trends in U.S. military spending and analyze the forces that may drive it lower. 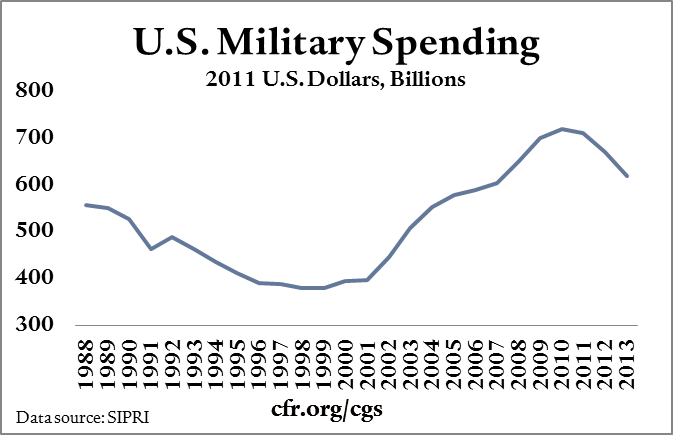