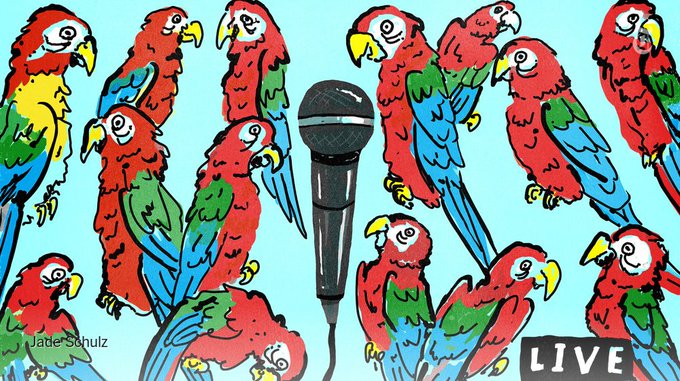 It was the biggest polling miss in a presidential election in decades. What happened? http://nyti.ms/2eWXh5O

Trump Was Not a Media Fail http://politi.co/2fCU1z3

Trump Was Not a Media Fail: The press succeeded in exposing Trump for what he was. Voters just decided they didn’t care. politico.com

«We need a media that covers power, not covers for power.»

Amy Goodman on how the media ruins elections:

Art of the lie

Politicians have always lied. Does it matter if they leave the truth behind entirely?

The top 20 fake news stories outperformed real news at the end of the 2016 campaign. Facebook’s massive fake news problem, in one chart. vox.com

The TV networks felt our election pain too http://slnm.us/utiZiLY

Fall TV ratings: The networks felt our election pain too.Emerged from a contentious election, we take stock of the shows that succeeded in spite of the political disruption. salon.com

Why Farage and Trump have dominated the media

Media Culpa? The Press and the Election Result

A ‘Dewey Defeats Truman’ Lesson for the Digital Age

Journalism’s moment of reckoning has arrived

Fox News’ Chris Wallace on Trump: ‘The Media Has Treated Him Too Well’

How Data Failed Us in Calling an Election

David Plouffe: What I Got Wrong About the Election

The media should stop reporting on polls

Will media learn the lessons from the US election?

Trump v Clinton: Why the pollsters seemed to get it wrong

Lies in the Guise of News in the Trump Era

With little more than two months before Trump takes the oath of office, the threat to the media is reality

Mark Mellman: What happened to the polls?

Barack Obama on fake news: ‘We have problems’ if we can’t tell the difference

The media didn’t see Trump coming. And even now, it doesn’t know why

John Pilger: ‘The truth is… there was no one to vote for’ (Going Underground US election special)

Billionaires vs. the Press in the Era of Trump

How to Stop the Spread of Fake News

Should the President Be Able to Block You on Twitter?