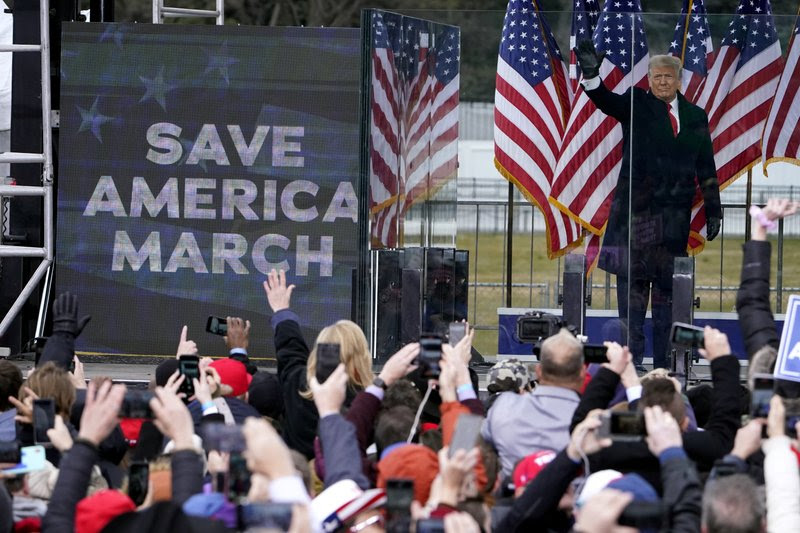 No American president has been impeached twice. Nor has any in 245 years faced two impeachment trials, the second one while no longer in office.

Democrats want to hold the former president accountable for the violent U.S. Capitol insurrection. And Republicans want it over as fast as possible.

It comes just over a month since the deadly Jan. 6 riot. Senate leaders are still working out the details, but it appears there will be few witnesses, and Trump has declined a request to testify.

Holed up at his Mar-a-Lago club in Florida, the former president has had his social media bullhorn stripped from him by Twitter, without public comments since leaving the White House.

House managers prosecuting the case are expected to rely on the trove of videos from the siege, along with Trump’s incendiary rhetoric refusing to concede the election, to make their case. His new defense team has said it plans to counter with its own cache of videos of Democratic politicians making fiery speeches.

The House impeached Trump Jan. 13 on the charge of inciting insurrection.

Analysis: The outcome of Trump’s second impeachment trial may seem preordained, but the trial itself matters. It is ultimately a test of whether a president, who holds an office that many of the nation’s founders feared could become too powerful in the wrong hands, is above the law. Senators will be forced to sit still, listen to evidence and wrestle with elemental questions about American democracy. The American people will also be sitting in their own form of judgment as they watch. The verdict and the process itself will be scrutinized for generations, Political Editor Steven Sloan writes.

Capitol Breach-What We Know: On Jan. 6, the U.S. Capitol was besieged by supporters of Trump who were angered by the then-president’s election loss. While lawmakers inside the building were voting to affirm Joe Biden’s win, Trump loyalists were marching to Capitol Hill and breaking in. Five people died in the violent melee, including a police officer. The toll of the siege is still being tallied, from the growing number of people charged with crimes to the continued presence of National Guard troops in the nation’s capital, Kevin Freking, Nomaan Merchant and Lolita C. Baldor report.

Insurrection Remembrances: The trial is more than an effort to convict the former president over inciting an insurrection. It’s a chance for a public accounting and remembrance of the worst attack on the U.S. Capitol in 200 years. In the month since the siege, Trump defenders say it’s time to move on. But many lawmakers have started recounting their personal experiences from that day. For many who were witnesses, onlookers and survivors, it’s far from over. Lisa Mascaro has that story.

Trump Prosecutor: Stacey Plaskett couldn’t cast a vote last month when the House impeached Trump, but she can help prosecute him. The non-voting delegate from the Virgin Islands is among the impeachment managers selected by House Speaker Nancy Pelosi to argue the case. It’s an extraordinary moment that places Plaskett in the center of just the fourth U.S. impeachment trial in history. But there will also be a familiar dynamic when Plaskett walks into the Senate chamber that she’s experienced before. She’ll be one of the only Black women in the room, Padmananda Rama and Mary Clare Jalonick report.