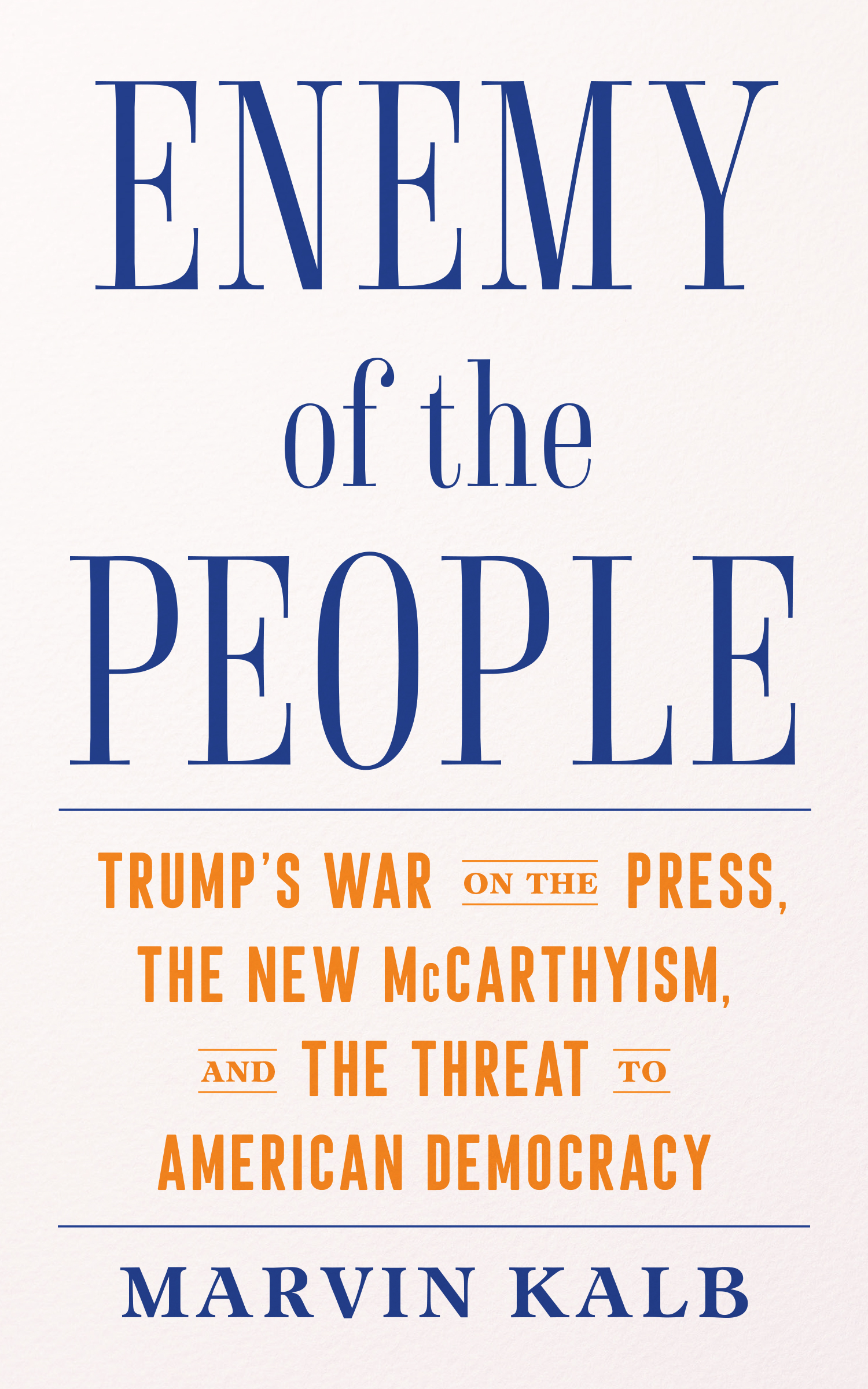 Shortly after assuming office in January 2017, President Donald Trump accused the press of being an “enemy of the American people.” Attacks on the media had been a hallmark of Trump’s presidential campaign, but this charge marked a dramatic turning point: language like this ventured into dangerous territory. Twentieth-century dictators—notably, Stalin, Hitler, and Mao—had all denounced their critics, especially the press, as “enemies of the people.” Their goal was to delegitimize the work of the press as “fake news” and create confusion in the public mind about what’s real and what isn’t; what can be trusted and what can’t be.

That, it seems, is also Trump’s goal. In Enemy of the People, Marvin Kalb, an award-winning American journalist with more than six decades of experience both as a journalist and media observer, writes with passion about why we should fear for the future of American democracy because of the unrelenting attacks by the Trump administration on the press.

As his new book shows, the press has been a bulwark in the defense of democracy. Kalb writes about Edward R. Murrow’s courageous reporting on Senator Joseph McCarthy’s “red scare” theatrics in the early 1950s, which led to McCarthy’s demise. He reminds us of Bob Woodward and Carl Bernstein’s reporting in the early 1970s that led to President Richard Nixon’s resignation.

Today, because of revolutionary changes in journalism, no Murrow is ready at the battlements. Journalism has been severely weakened. Yet, without a virile, strong press, democracy is in peril.

Kalb’s book is a frightening indictment of President Trump’s efforts to delegitimize the American press—and put the future of our democracy in question.

Marvin Kalb is a nonresident senior fellow with the Foreign Policy program at Brookings, and senior advisor at the Pulitzer Center on Crisis Reporting. He focuses on the impact of media on public policy and politics, and is also an expert in national security, with a focus on U.S. relations with Russia, Europe and the Middle East. His new book, «Enemy of the People» will be published in September 2018. His latest book is «The Year I Was Peter the Great: 1956—Khruschev, Stalin’s Ghost, and a Young American in Russia» (Brookings Institution Press, 2017).