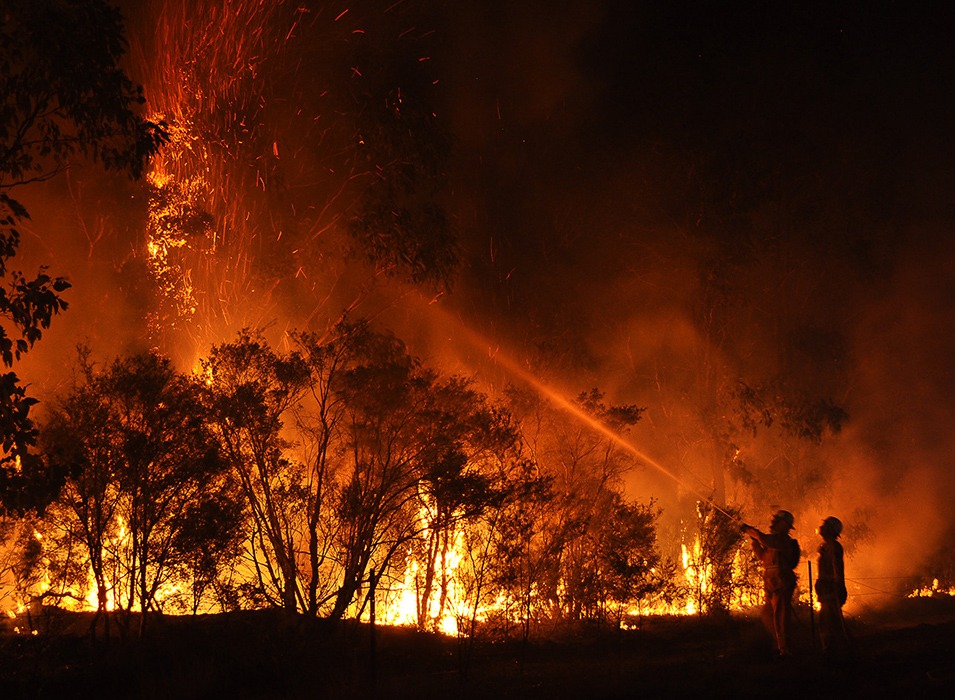 This story originally appeared in The Nation. It is republished here as part of the Bulletin’s partnership with Covering Climate Now, a global collaboration of more than 250 news outlets to strengthen coverage of the climate story.

As world leaders converge on New York City for the United Nations Climate Action Summit on Monday, September 23, they enter what may be the most consequential week in climate politics since Donald Trump’s surprise election as president of the United States in 2016.

Trump, of course, announced soon after taking office that he was withdrawing the United States from the Paris Agreement, the landmark treaty signed at the last big UN climate summit in 2015. UN Secretary General António Guterres convened this week’s summit precisely because the United States and most other countries remain far from honoring their Paris pledges to reduce heat-trapping emissions enough to prevent catastrophic climate disruption. The events of the coming days—including a global climate strike on September 20 by the activists whose protests in the past year have pushed the term “climate emergency” into news reports around the world—may help answer a question that has loomed over humanity since Trump’s election: Can the rest of the world save itself from climate breakdown if the richest, most powerful nation on earth is pulling in the opposite direction?

Adopted in December 2015, the Paris Agreement stands as the strongest achievement of climate diplomacy since governments first debated the issue at the UN “Earth Summit” in 1992. In a shock to climate insiders, the agreement not only committed signatory governments to limit temperature rise to the relatively less dangerous level of 2 degrees Celsius: It also obliged governments to keep temperature rise “well below” 2 degrees Celsius and, in a major victory for the most vulnerable countries, to strive for 1.5 degrees. That half-degree may not sound like much, but it spells the difference between life and death for low-lying coastal nations such as Bangladesh and island states such as the Maldives—two of many places that, science says, would literally disappear beneath the waves with more than 1.5 degrees of warming.

The New York UN climate action summit takes place on 23 September. In the lead-up to the day, three news outlets – The Nation and The Columbia Journalism Review in the US, and The Guardian in the UK – have organised a week of focused climate coverage, with more than 200 outlets and journalists worldwide taking part. The Climate News Network is one of them, and we’ll be publishing a report written by one of us daily from 15 to 23 September (including week-ends). We’re also planning to publish a range of reports by journalists from other outlets. We hope you’ll find them useful.

Last year’s IPCC report was scary, and it got some decent attention, but of course everyone has forgotten by now. The recent UN climate report should jog your memory.

Covering Climate Now: Will the media seize the moment?(Listening Post)

How to bridge gaps between information and actions that cut climate risk, boost social progress, and promote ecological resilience. Andrew Revkin, founding director of the initiative on communication innovation and impact at Columbia University’s Earth Institute, draws on more than three decades of lessons learned from his environmental reporting for the New York Times and his blog Dot Earth

THERE IS A CLIMATE ANGLE to every beat, no matter how small the newsroom; collaboration pays; and climate coverage is no more political than failure to cover the climate crisis. On this week’s episode, Kyle Pope, editor and publisher of CJR, speaks with Mark Hertsgaard, the environmental correspondent for The Nation, on what they’ve learned so far from their Covering Climate Now initiative with The Guardian.

The climate crisis explained in 10 charts

The silenced: meet the climate whistleblowers muzzled by Trump

How TV weathercasters became the unsung heroes of the climate crisis

Portrait of a planet on the verge of climate catastrophe