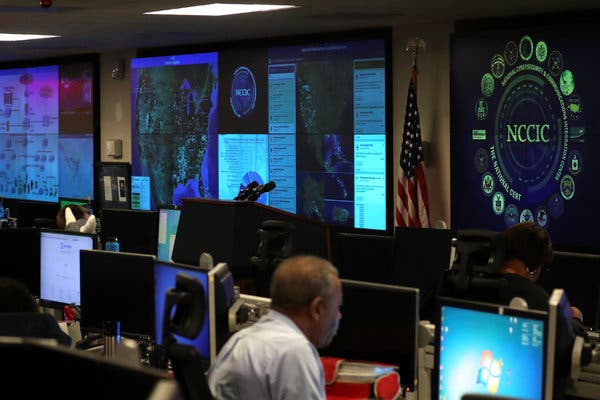 The National Cybersecurity and Communications Integration Center during the 2018 midterm elections. American spy and law enforcement agencies believe Russia will try to interfere again in the 2020 elections.CreditCreditJonathan Ernst/Reuters (via @nytimes)