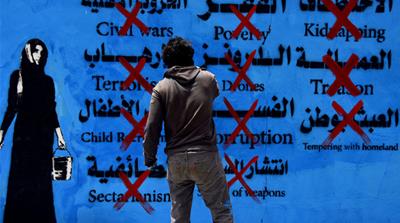 US President Barack Obama is vowing to «degrade, and ultimately destroy» a terrorist group destabilising the Middle East he says could threaten Americans at home.

Sound familiar? George W Bush made a similar vow, yet more than a decade after launching the so-called War on Terror, both the war and the terror are still raging.

Obama says the fight against the Islamic State in Iraq and the Levant (ISIL) will be different than the two wars started by Bush. But Muslims looked at with suspicion around the world are wondering, how different will their treatment be?

What is the impact of increasing surveillance of Muslim communities, banning Islamic dress and equating a religion with a threat? Do the counter-terror measures adopted by the US, Britain and France erode the very democratic principles considered the pillars of a «free» society?

Marwan Bishara asks what happens when the War on Terror turns inward, and prolonged military action abroad turns into a culture of fear at home.