Disinformation is so pervasive (and can be dangerous, as the world witnessed on Jan. 6 with the attack on the Capitol by many whipped into a frenzy by online disinformation) that advocates and researchers are not only looking into ways to fight it, but are analyzing it — seeing what types of disinformation has spread and to whom.

One type, they say, is racially targeted disinformation.

Racialized disinformation — a term used by some of the experts who spoke with ABC News — is «intentionally designed to mislead,» DeVan Hankerson Madrigal, research manager for the Center for Democracy & Technology, told ABC News.

This form of disinformation exploits «existing forms of discrimination, targeting people based on race, gender, and identity,» she added.

MORE: Why people are vulnerable to mis- and disinformation, according to psychologists

And it’s rooted in racism and stereotypes, advocates say. Extremists have pinpointed Black communities by engaging in what advocates have called digital blackface — non-black people creating fake online profiles pretending to be Black. 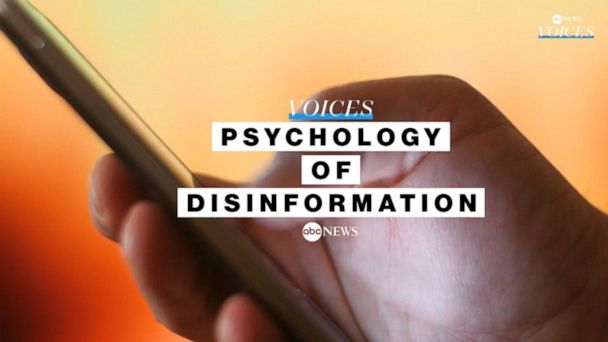 Why people are vulnerable to mis- and disinformation, according to psychologists