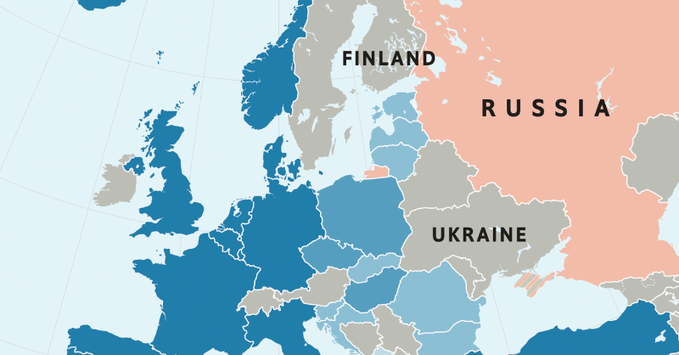 Fearing an invasion of Ukraine, the U.S. government is vigorously trying to head off alleged Russian plots and misinformation campaigns. The efforts have opened a new front for competition between the two powers.

For years, American officials have lamented that the United States fights with one arm tied behind its back when it comes to waging information war—i.e., the battle for “hearts and minds.” Adversaries including the self-declared Islamic State and the Kremlin are free to spread lies and conspiracy theories, while the U.S. government generally feels compelled to hew to the truth in its public pronouncements (even as it often tries to conceal scandalous misconduct). U.S. adversaries find it easy to beam propaganda into the United States—often under false pretenses via social media—but it is harder for independent information to penetrate into more tightly controlled media spaces in countries such as China, North Korea, and Russia.

Now, as the crisis over Ukraine escalates, the Joe Biden administration seems to have developed an effective technique for waging information war. Rather than allowing President Vladimir Putin’s government to freely disseminate ludicrous conspiracy theories about anti-Russia plots involving the West and Ukraine, the administration has chosen to fight back by releasing intelligence reports about Russia’s attempts to create a justification for an invasion of Ukraine.

On January 23, the British government, acting in cooperation with the United States, announced details of a purported Russian plot to install a pro-Moscow regime in Kyiv. It even went so far as to name a pro-Russia former member of the Ukrainian parliament as Putin’s preferred puppet.

On February 3, the Biden administration released information about a Russian scheme to film a fake attack on Russian territory or on Russian speakers in eastern Ukraine to manufacture a justification for an invasion.

The administration said Russia had already recruited people who would be involved in the fake attack. Pentagon spokesperson John Kirby said the plan was to result in “a very graphic propaganda video, which would include corpses and actors who would be depicting mourners and images of destroyed locations, as well as military equipment at the hands of Ukraine or the West, even to the point where some of this equipment would be made to look like it was Western-supplied.”

The United States has also released copious details about Russian troop movements on Ukraine’s border, along with assessments that a Russian invasion is likely. The administration has even shared information about reported dissension within the ranks of the Russian military over a possible attack on Ukraine.