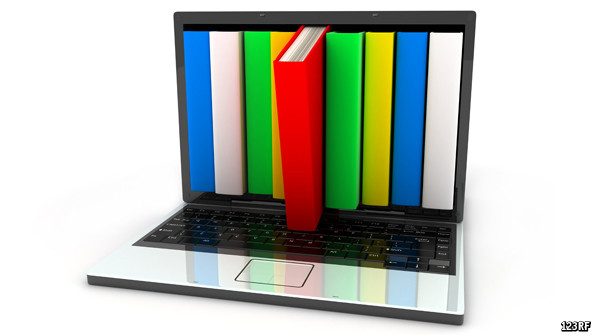 WHEN Johnson needs to research something, a long list of bookmarks, plus a stack of physical books, plus a phone jammed with apps, have made the work faster and more fun. This column is dedicated to a few of the things that make working with language easier and more enjoyable. Indeed, there has never been a better time to learn a language, or learn about language.

Research on individual word meanings is easy enough. Merriam-Webster has a good free site for basic definitions. But for this columnist, one online dictionary stands out. The Oxford English Dictionary‘s website is a delight to use, and its records of the history of the English language are unbeatable. For those who miss the serendipity of finding great words they weren’t looking for while paging through the dictionary, there are even contextual menus that show the words before and after in the alphabet. Unfortunately, the price tag of $295 a year will put most hobbyists off.

For translation dictionaries, the hobbyist is spoiled for choice. Google Translate nearly always does an adequate job for single words or short phrases. If it doesn’t turn up the right word on first go, simply click the translation and you’ll see a list of other possibilities. Click one of those, and you’ll see more synonyms still, both in the original and the target language.

But translation doesn’t begin and end with Google. Wiktionary, a Wikimedia project much like Wikipedia, can work as a single-language dictionary, with over 3.6m entries. But it is also good for multilingual research: on a word’s definition page, choosing a language from the left-hand menu brings up the same word in the target language. In other words, it’s the best of both a dictionary and a translator. A friend is researching how “evil” translates into other languages and what those words are associated with. Wiktionary makes it easy to discover that the Spanish mal also simply means “bad”, the German Böse can mean “angry”, and the Danish ond is the same word for “pain”. Wiktionary is also brilliant for looking at Chinese/Japanese characters; the roots, phonetics, number of strokes, various pronunciations, multi-character words and tones are all right there and again, clickably interconnected to related items. Finally, Linguee, another free service, doubles as a translation dictionary and a search engine: enter your search term and target language (for 218 language pairs), and you get not only a translation, but examples of parallel (human translated) texts in which the word is used. This lets you see both the original- and target-language word in context, crucial for understanding nuance.

What about grammar? The linguists at Language Log have debated virtually every controversy of grammar and usage you can think of, and are a good first stop. Grammar Girl is good for shorter, sensible answers to common questions. And new tools allow the curious to do their own research into the history of English usage. Google’s N-Gram Viewer is great for tracking words and phrases over time. Many people are prone to the “frequency illusion”: that a usage that irritates them is a recent solecism. Those who dislike impact and authoras verbs (as The Economist does) will have to do more than describe them as recent barbarisms—their rise began decades ago. Last year Google added wildcard and part-of-speech searches, making the tool that much more flexible. The Corpus of Contemporary American English, a 450m-word trove of edited American English, is also a useful (and free) resource, but not so user-friendly. … MORE