Europe’s journalists face growing climate of fear
Journalists and media workers continue to confront relentless pressure as they do their jobs, according to a survey of the verified incidents reported to Index on Censorship’s Mapping Media Freedom project. 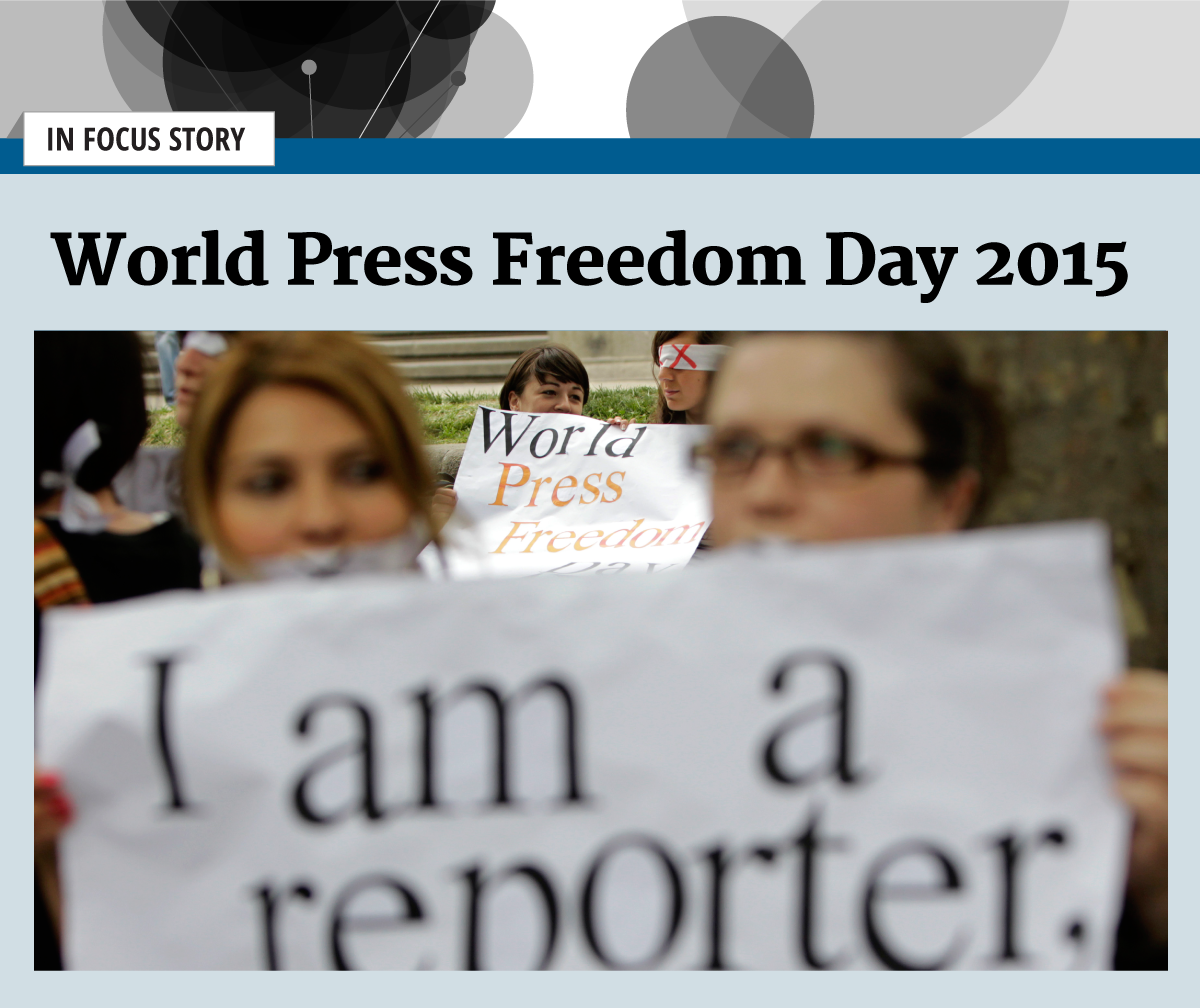 World Press Freedom Day celebrates the fundamental principles of press freedom. This year we focus on the grave threats facing journalists as they report on conflicts, and how the digital environment has made journalists more exposed and vulnerable than ever. Read More

The Reporters Without Borders World Press Freedom Index ranks the performance of 180 countries according to a range of criteria that include media pluralism and independence, respect for the safety and freedom of journalists, and the legislative, institutional and infrastructural environment in which the media operate.

Top of the list, as so often, are three Scandinavian countries: Finland, which has been in first place for five years in succession, followed by Norway and Denmark. At the other end of the scale, Turkmenistan, North Korea and Eritrea, in last place, were the worst performers. France is ranked 38th (up one place), the United States 49th (down three places), Japan 61st (down two places), Brazil 99 (up 12 places), Russia 152 (down four places), Iran 173rd (unchanged) and China 176th (down one place).

2015 World Press Freedom Index
How we compiled the index

The 2015 World Press Freedom Index highlights the worldwide deterioration in freedom of information in 2014. Beset by wars, the growing threat from non-state operatives, violence during demonstrations and the economic crisis, media freedom is in retreat on all five continents.

The indicators compiled by Reporters Without Borders are incontestable. There was a drastic decline in freedom of information in 2014. Two-thirds of the 180 countries surveyed for the 2015 World Press Freedom Index performed less well than in the previous year. The annual global indicator, which measures the overall level of violations of freedom of information in 180 countries year by year, has risen to 3,719, an 8 percent increase over 2014 and almost 10 percent compared with 2013. The decline affected all continents. 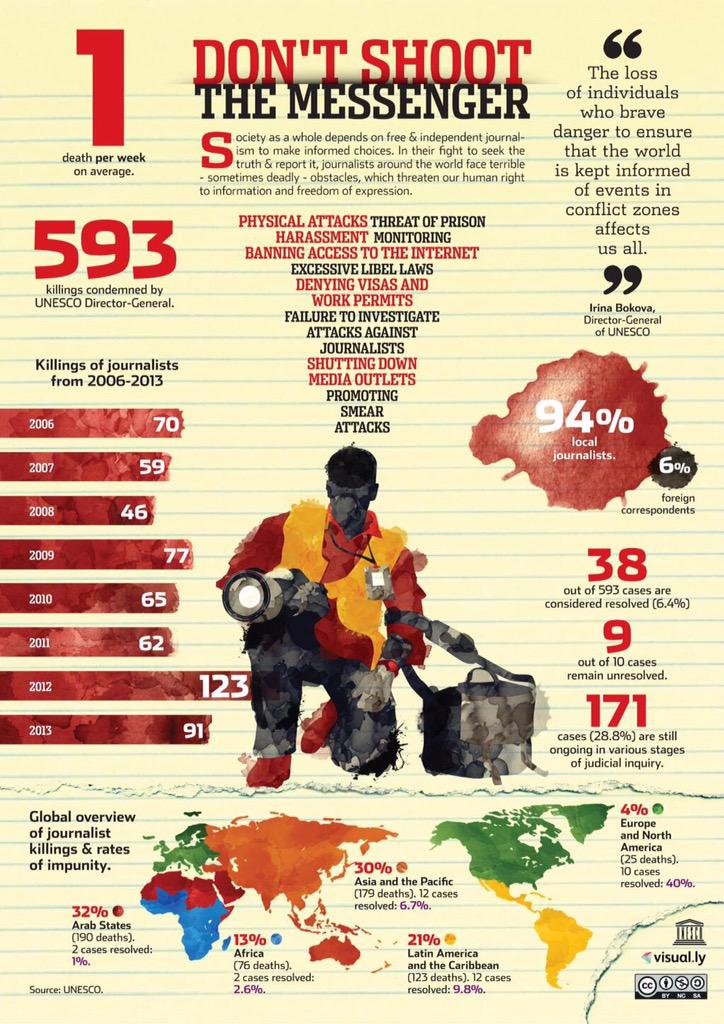 UN Geneva ✔ @UNGeneva In the last 10 yrs, 675 journalists have been killed. Don’t Shoot the Messenger @UNESCO#KeepSpeechFree#WPFD2015

On the icy-cold morning of February 22, 2011, Marie Colvin, a 58-year-old Irish-American reporter, was killed by the blast of a rocket in the Baba Amr neighborhood of Homs, Syria…. View on web

Today is World Press Freedom Day.Take a moment 2 remember those who lost their lives 2 tell the stories #JamesFoley https://www.facebook.com/RememberingJimFoley?fref=nf … 12:01 PM – 3 May 2015