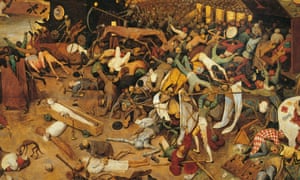 Threats to humanity, and how we address them, define our time. Why are we still so complacent about facing up to existential risk?

The world is in the early stages of what may be the most deadly pandemic of the past 100 years. In China, thousands of people have already died; large outbreaks have begun in South Korea, Iran and Italy; and the rest of the world is bracing for impact. We do not yet know whether the final toll will be measured in thousands or hundreds of thousands. For all our advances in medicine, humanity remains much more vulnerable to pandemics than we would like to believe.

To understand our vulnerability, and to determine what steps must be taken to end it, it is useful to ask about the very worst-case scenarios. Just how bad could a pandemic be? In science fiction, we sometimes encounter the idea of a pandemic so severe that it could cause the end of civilisation, or even of humanity itself. Such a risk to humanity’s entire future is known as an existential risk. We can say with certainty that the novel coronavirus, named Covid-19, does not pose such a risk. But could the next pandemic? To find out, and to put the current outbreak into greater context, let us turn to the past.

In 1347, death came to Europe. It entered through the Crimean town of Caffa, brought by the besieging Mongol army. Fleeing merchants unwittingly carried it back to Italy. From there, it spread to France, Spain and England. Then up as far as Norway and across the rest of Europe – all the way to Moscow. Within six years, the Black Death had taken the continent.

Tens of millions fell gravely ill, their bodies succumbing to the disease in different ways. Some bore swollen buboes on their necks, armpits and thighs; some had their flesh turn black from haemorrhaging beneath the skin; some coughed blood from the necrotic inflammation of their throats and lungs. All forms involved fever, exhaustion and an intolerable stench from the material that exuded from the body.

There were so many dead that mass graves needed to be dug and, even then, cemeteries ran out of room for the bodies. The Black Death devastated Europe. In those six years, between a quarter and half of all Europeans were killed. The Middle East was ravaged, too, with the plague killing about one in three Egyptians and Syrians. And it may have also laid waste to parts of central Asia, India and China. Due to the scant records of the 14th century, we will never know the true toll, but our best estimates are that somewhere between 5% and 14% of all the world’s people were killed, in what may have been the greatest catastrophe humanity has seen.

The Black Death was not the only biological disaster to scar human history. It was not even the only great bubonic plague. In AD541 the plague of Justinian struck the Byzantine empire. Over three years, it took the lives of roughly 3% of the world’s people.

When Europeans reached the Americas in 1492, the two populations exposed each other to completely novel diseases. Over thousands of years, each population had built up resistance to their own set of diseases, but were extremely susceptible to the others. The American peoples got by far the worse end of the exchange, through diseases such as measles, influenza and, especially, smallpox.

How epidemics have changed the world (By Ishaan Tharoor with Benjamin Soloway, The Washington Post)