NEW YORK/GENEVA, 8 December 2014 – The year 2014 has been one of horror, fear and despair for millions of children, as worsening conflicts across the world saw them exposed to extreme violence and its consequences, forcibly recruited and deliberately targeted by warring groups, UNICEF said today. Yet many crises no longer capture the world’s attention, warned the children’s agency.

“This has been a devastating year for millions of children,” said Anthony Lake, UNICEF Executive Director. “Children have been killed while studying in the classroom and while sleeping in their beds; they have been orphaned, kidnapped, tortured, recruited, raped and even sold as slaves. Never in recent memory have so many children been subjected to such unspeakable brutality.”

As many as 15 million children are caught up in violent conflicts in the Central African Republic, Iraq, South Sudan, the State of Palestine, Syria and Ukraine – including those internally displaced or living as refugees. Globally, an estimated 230 million children currently live in countries and areas affected by armed conflicts.

In 2014, hundreds of children have been kidnapped from their schools or on their way to school. Tens of thousands have been recruited or used by armed forces and groups. Attacks on education and health facilities and use of schools for military purposes have increased in many places. 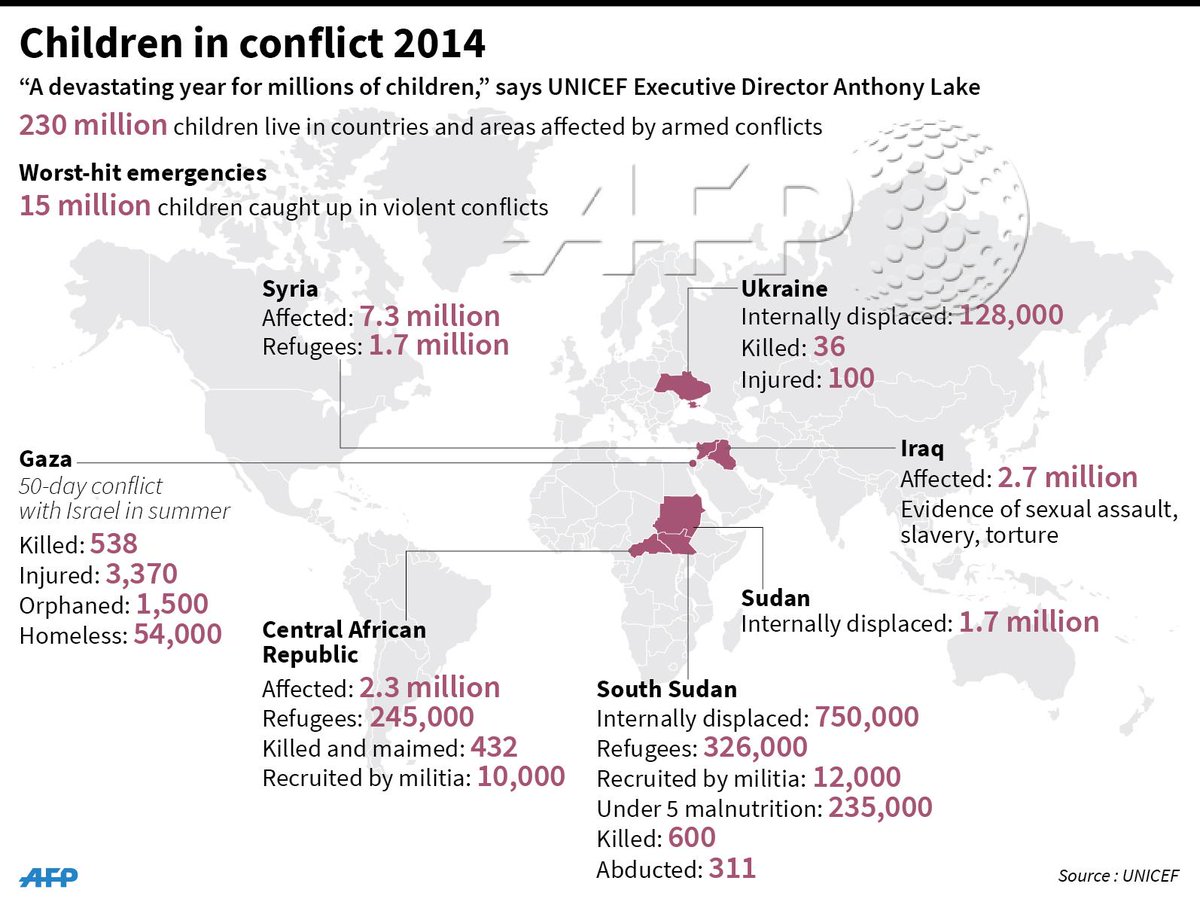