On November 14, British Prime Minister Theresa May presented her cabinet with a draft withdrawal agreement and a political declaration on the U.K.’s future relationship with the European Union (EU). After 18 months of negotiations with the EU and five contentious hours of cabinet debates, an exhausted May emerged from Downing Street to announce a deal had been reached. But this saga is far from over: Less than 24 hours later, several ministers have resigned, the pound has crashed, and members of Parliament heckled her.

The draft Brexit deal in brief (The Guardian)

Brexit: the big decision we didn’t even think about 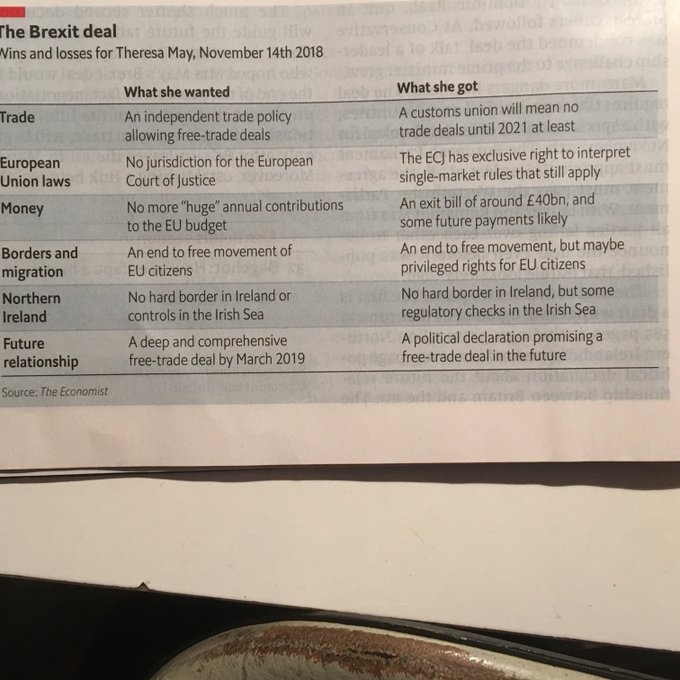