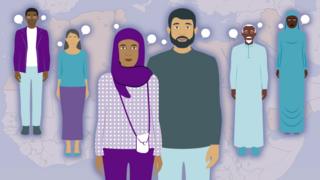 The Arab world in seven charts: Are Arabs turning their backs on religion?

Arabs are increasingly saying they are no longer religious, according to the largest and most in-depth survey undertaken of the Middle East and North Africa.

The finding is one of a number on how Arabs feel about a wide range of issues, from women’s rights and migration to security and sexuality.

More than 25,000 people were interviewed for the survey – for BBC News Arabic by the Arab Barometer research network – across 10 countries and the Palestinian territories between late 2018 and spring 2019.

Here are some of the results.