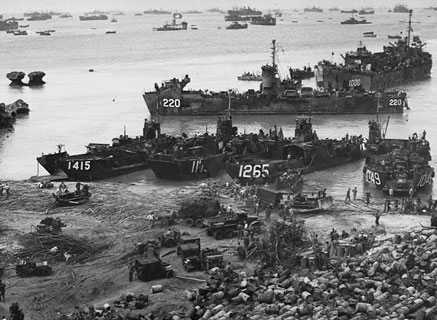 Six countries lay overlapping claims to the East and South China Seas, an area that is rich in hydrocarbons and natural gas and through which trillions of dollars of global trade flow. As it seeks to expand its maritime presence, China has been met by growing assertiveness from regional claimants like Japan, Vietnam, and the Philippines.

The increasingly frequent standoffs span from the Diaoyu/Senkaku Islands, on China’s eastern flank, to the long stretch of archipelagos in the South China Sea that comprise hundreds of islets. The U.S. pivot to Asia, involving renewed diplomatic activity and military redeployment, could signal Washington’s heightened role in the disputes, which, if not managed wisely, could turn part of Asia’s maritime regions from thriving trade channels into arenas of conflict.

The East and South China Seas are the scene of escalating territorial disputes between China and its neighbors, including Japan, Vietnam, and the Philippines. The tensions, shaped by China’s growing assertiveness, have fueled concerns over armed conflict and raised questions about Washington’s security commitments in its strategic rebalance toward the Asia-Pacific region.

«Maritime disputes in the East and South China Seas are a pressing issue for the United States, China, and much of the rest of the world,» says Elizabeth Economy, CFR’s Director for Asia Studies. The region is rich in natural resources, home to many of the world’s most dynamic economies, and an important global trade route for energy supplies and other goods.

It is also a region in which power politics are at play and defense budgets are rising rapidly. As China’s economic ascent facilitates growing military capabilities and assertiveness in both the East and South China Seas, other regional players are also experiencing their own rise in nationalism and military capability, and have exhibited greater willingness to stake territorial claims. Meanwhile, the U.S. «pivot» to Asia, involving renewed diplomatic activity and military redeployment, could signal Washington’s heightened role in the disputes.

If not managed wisely, these disputes could turn part of Asia’s maritime regions from thriving trade channels into arenas of conflict. «If there is a use of force between Japan and China, this could be a full-on, all -out conflict between these two Asian giants, and as a treaty ally of Japan, will automatically trigger or automatically involve the United States,» cautions Sheila A. Smith, CFR’s Senior Fellow for Japan Studies.

These dynamics pose an «exquisite» dilemma for U.S. foreign policy, says CFR President Richard N. Haass. «The danger is that twenty-first-century Asia could begin to go the way of twentieth-century Europe.»