Five myths about the atomic bomb

Gregg Herken is an emeritus professor of U.S. diplomatic history at the University of California and the author of “The Winning Weapon: The Atomic Bomb in the Cold War” and “Brotherhood of the Bomb: The Tangled Lives and Loyalties of Robert Oppenheimer, Ernest Lawrence, and Edward Teller.” As a Smithsonian curator in 1995, he participated in early planning for the National Air and Space Museum’s Enola Gay exhibit. The Hiroshima A-bomb blast, photographed by the U.S. military on August 6, 1945. The explosion was not the sole reason Japan surrendered, despite what American history textbooks say. (Hiroshima Peace Memorial Museum/EPA)

On Aug. 6, 1945, the United States dropped an atomic bomb on the Japanese city of Hiroshima. Another bomb fell Aug. 9 on Nagasaki. Decades later, controversy and misinformation still surround the decision to use nuclear weapons during World War II. The 70th anniversary of the event presents an opportunity to set the record straight on five widely held myths about the bomb.

The notion that the atomic bombs caused the Japanese surrender on Aug. 15, 1945, has been, for many Americans and virtually all U.S. history textbooks, the default understanding of how and why the war ended. But minutes of the meetings of the Japanese government reveal a more complex story. The latest and best scholarship on the surrender, based on Japanese records, concludes that the Soviet Union’s unexpected entry into the war against Japan on Aug. 8 was probably an even greater shock to Tokyo than the atomic bombing of Hiroshima two days earlier. Until then, the Japanese had been hoping that the Russians — who had previously signed a nonaggression pact with Japan — might be intermediaries in negotiating an end to the war . As historian Tsuyoshi Hasegawa writes in his book “Racing the Enemy,” “Indeed, Soviet attack, not the Hiroshima bomb, convinced political leaders to end the war.” The two events together — plus the dropping of the second atomic bomb on Aug. 9 — were decisive in making the case for surrender.

2. The bomb saved half a million American lives.

In his postwar memoirs, former president Harry Truman recalled how military leaders had told him that a half-million Americans might be killed in an invasion of Japan. This figure has become canonical among those seeking to justify the bombing. But it is not supported by military estimates of the time. As Stanford historian Barton Bernstein has noted, the U.S. Joint War Plans Committee predicted in mid-June 1945 that the invasion of Japan, set to begin Nov. 1, would result in 193,000 U.S. casualties, including 40,000 deaths.

But, as Truman also observed after the war, if he had not used the atomic bomb when it was ready and GIs had died on the invasion beaches, he would have faced the righteous wrath of the American people.

3. The only alternative to the bomb was an invasion of Japan.

The decision to use nuclear weapons is usually presented as either/or: either drop the bomb or land on the beaches. But beyond simply continuing the conventional bombing and naval blockade of Japan, there were two other options recognized at the time.

The first was a demonstration of the atomic bomb prior to or instead of its military use: exploding the bomb on an uninhabited island or in the desert, in front of invited observers from Japan and other countries; or using it to blow the top off Mount Fuji, outside Tokyo.

The second alternative was accepting a conditional surrender by Japan. The United States knew from intercepted communications that the Japanese were most concerned that Emperor Hirohito not be treated as a war criminal. The “emperor clause” was the final obstacle to Japan’s capitulation. (President Franklin Roosevelt had insisted upon unconditional surrender, and Truman reiterated that demand after Roosevelt’s death in mid-April 1945.)

Although the United States ultimately got Japan’s unconditional surrender, the emperor clause was, in effect, granted after the fact. “I have no desire whatever to debase [Hirohito] in the eyes of his own people,” Gen. Douglas MacArthur, supreme commander of the Allied powers in Japan after the war, assured Tokyo’s diplomats following the surrender.

4. The Japanese were warned before the bomb was dropped.

The United States had dropped leaflets over many Japanese cities, urging civilians to flee, before hitting them with conventional bombs. After the Potsdam Declaration of July 26, 1945, which called on the Japanese to surrender, leaflets warned of “prompt and utter destruction” unless Japan heeded that order. In a radio address, Truman also told of a coming “rain of ruin from the air, the like of which has never been seen on this Earth.” These actions have led many to believe that civilians were meaningfully warned of the pending nuclear attack. Indeed, a common refrain in letters to the editor and debates about the bomb is: “The Japanese were warned.”

But there was never any specific warning to the cities that had been chosen as targets for the atomic bomb prior to the weapon’s first use. The omission was deliberate: The United States feared that the Japanese, being forewarned, would shoot down the planes carrying the bombs. And since Japanese cities were already being destroyed by incendiary and high-explosive bombs on a regular basis — nearly 100,000 people were killed the previous March in the firebombing of Tokyo — there was no reason to believe that either the Potsdam Declaration or Truman’s speech would receive special notice.

5. The bomb was timed to gain a diplomatic advantage over Russia and proved a “master card” in early Cold War politics.

This claim has been a staple of revisionist historiography, which argues that U.S. policymakers hoped the bomb might end the war against Japan before the Soviet entry into the conflict gave the Russians a significant role in a postwar peace settlement. Using the bomb would also impress the Russians with the power of the new weapon, which the United States had alone.

In reality, military planning, not diplomatic advantage, dictated the timing of the atomic attacks. The bombs were ordered to be dropped “as soon as made ready.”
Postwar political considerations did affect the choice of targets for the atomic bombs. Secretary of War Henry Stimson ordered that the historically and culturally significant city of Kyoto be stricken from the target list. (Stimson was personally familiar with Kyoto; he and his wife had spent part of their honeymoon there.) Truman agreed, according to Stimson, on the grounds that “the bitterness which would be caused by such a wanton act might make it impossible during the long postwar period to reconcile the Japanese to us in that area rather than to the Russians.”

Like Stimson, Truman’s secretary of state, James Byrnes, hoped that the bomb might prove to be a “master card” in subsequent diplomatic dealings with the Soviet Union — but both were disappointed. In September 1945, Byrnes returned from the first postwar meeting of foreign ministers, in London, lamenting that the Russians were “stubborn, obstinate, and they don’t scare.”
outlook@washpost.com

Five myths is a weekly feature challenging everything you think you know. You can check out previous myths, read more from Outlook or follow our updates on Facebook and Twitter.

The beginning of the #bomb 70 years ago -by Alex Wellerstein http://thebulletin.org/multimedia/beginning-bomb … via @BulletinAtomic #nuclear 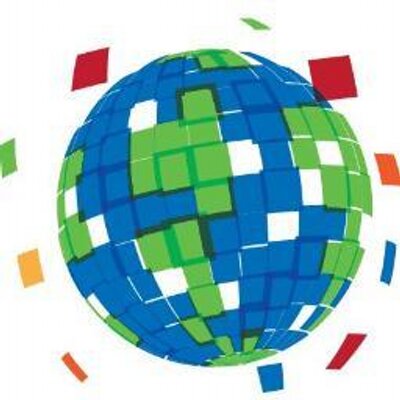 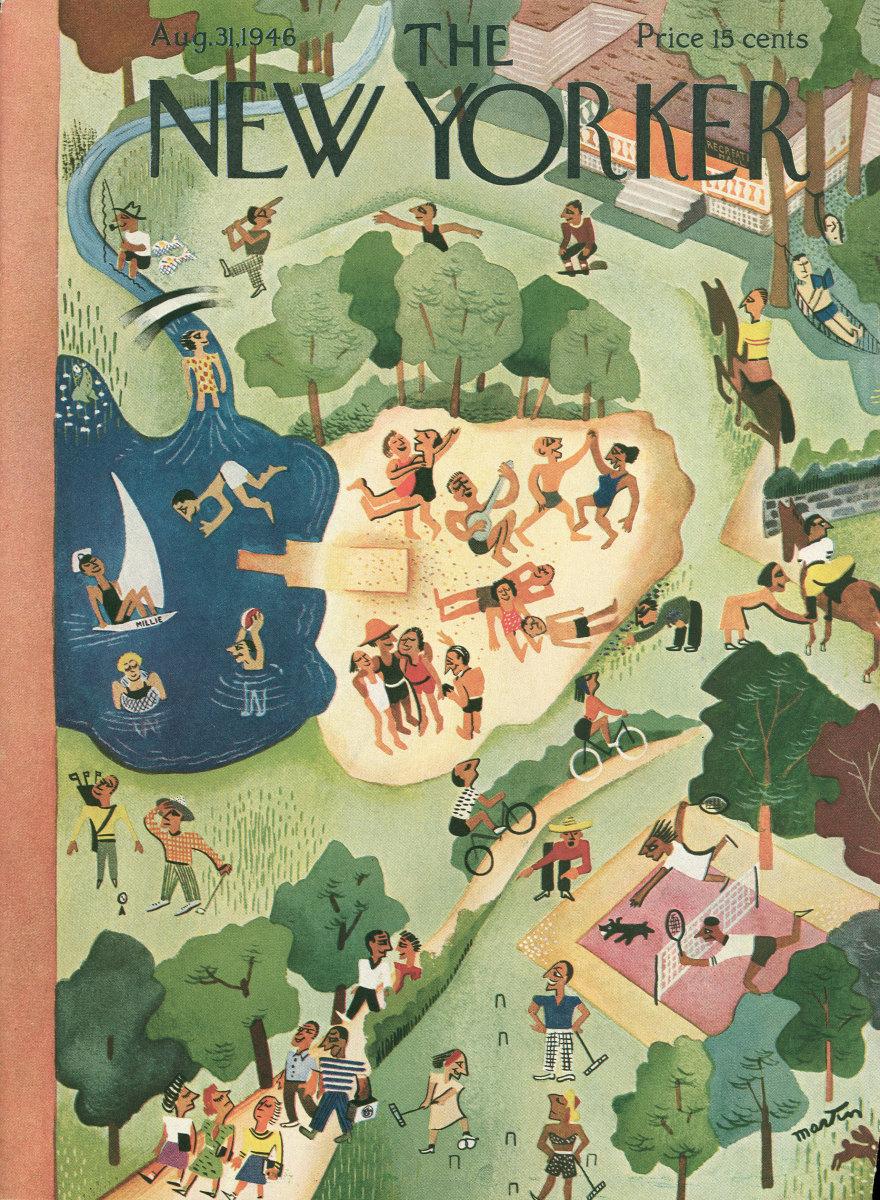 Great piece by @michaelshermer on the need for nuclear disarmament, 70 years after Hiroshima/Nagasaki http://bit.ly/1hlAJ0b #EliminateNukes

My latest in @ForeignPolicy on magical thinking, Hiroshima and The Bomb. http://foreignpolicy.com/2015/08/06/magical-thinking-and-the-real-power-of-hiroshima-nuclear-weapons-japan/ … (revised tweet to get FP in there!)

We will be lucky to go 70 years without another Hiroshima-by Richard Haass (August 6, 2015)

«How the Hiroshima bombing is taught around the world» http://wapo.st/1eVDzHx