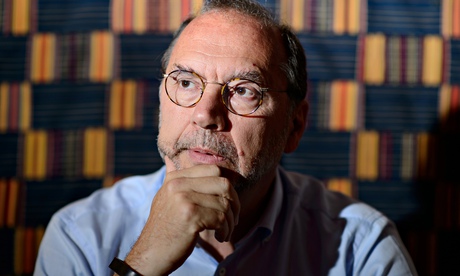 Professor Peter Piot, the Director of the London School of Hygiene and Tropical Medicine: ‘Around June it became clear to me there was something different about this outbreak. I began to get really worried’ Photograph: Leon Neal/AFP (via @guardian)

‘In 1976 I discovered Ebola – now I fear an unimaginable tragedy’

Ebola isn’t the big one. So what is? And are we ready for it?

• Answering the ten basic questions you were afraid to ask

Professor Piot, as a young scientist in Antwerp, you were part of the team that discovered the Ebola virus in 1976. How did it happen?

I still remember exactly. One day in September, a pilot from Sabena Airlines brought us a shiny blue Thermos and a letter from a doctor in Kinshasa in what was then Zaire. In the Thermos, he wrote, there was a blood sample from a Belgian nun who had recently fallen ill from a mysterious sickness in Yambuku, a remote village in the northern part of the country. He asked us to test the sample for yellow fever.

These days, Ebola may only be researched in high-security laboratories. How did you protect yourself back then?

We had no idea how dangerous the virus was. And there were no high-security labs in Belgium. We just wore our white lab coats and protective gloves…. MORE

Ebola is highly contagious … plus seven other myths about the virus http://gu.com/p/42bxa/tw

Ebola is highly contagious … plus seven other myths about the virus |…

James Ball: The Ebola outbreak is serious, but the nature of the epidemic is often misunderstood – and inappropriate measures suggested 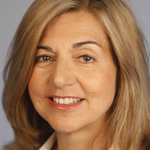 Journalism in the Time of Ebola