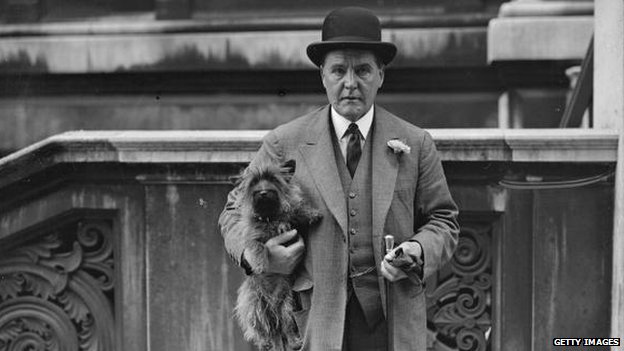 Shortly before he died in 1930, former cabinet minister and leading lawyer FE Smith, a friend of Winston Churchill and one of the more outspoken British politicians of his age, wrote a book containing predictions of how the world would look in 100 years’ time. They covered science, lifestyles, politics and war. So what did he say?

Smith, a former Lord Chancellor who became the Earl of Birkenhead in 1922, was writing in a period when tuberculosis was a major killer in the UK and around the world. He was optimistic enough to suggest the eradication of this and other epidemic diseases was «fairly certain» by 2030, as was «the discovery of cures for such scourges as cancer».

Death from old age could also be delayed, Smith thought. Scientists would create injections containing an unspecified substance bringing «rejuvenations», which would be used to prolong the average lifespan to as much as 150 years.

Smith acknowledged this would present «grave problems» from an «immense increase in population». He also foresaw extreme inter-generational inequality, wondering «how will youths of 20 be able to compete in the professions or business against vigorous men still in their prime at 120, with a century of experience on which to draw»?

Mechanisation would mean a «gradual contraction» of hours worked, Smith believed. By 2030 it was likely the «average week of the factory hand will consist of 16 or perhaps 24 hours», which no worker could possibly «grudge». But, with factories largely automated, work would provide little scope for self-fulfilment, becoming «supremely easy and supremely dull», consisting largely of supervising machines. It didn’t occur to Smith, in an age before widespread use of computers, that the machines might become self-monitoring.

The cut in hours hasn’t happened yet. According to figures from the OECD group of industrialised nations, the lowest average weekly hours worked in a main job in 2013 were 30, in the Netherlands. The highest figure was 47.9, in Turkey. In the UK it was 36.5, with the US among the countries for which information was not provided.

Smith believed that, despite the shortening of hours, everyone would earn enough by 2030 to afford to play football, cricket or tennis in their spare time. But one of the big winners in this more leisure-rich world would be fox-hunting, one of his own hobbies. «As wealth increases, we shall all be able to ride to hounds,» he said.

Men would free up even more time with changes to sartorial rules. By 2030 they would be expected to own only two outfits, one for leisure and the other for more formal occasions.

John Logie-Baird had demonstrated television in the late 1920s and Smith was excited by the idea. He said that by 2030 full «stereoscopic television in full natural colours» would be available in people’s homes, with proper loudspeaker-quality sound. This meant exiled US citizens would be able to watch any baseball match and, in cricket, «the MCC selection committee, in conclave at Lord’s, will be able to follow the fortunes of an English eleven through the days (or weeks) of an Australian Test match».