Rapid population growth, lack of access to food and water and increased exposure to natural disasters mean more than 1 billion people face being displaced by 2050 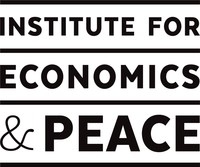 LONDON, Sept. 9, 2020 /PRNewswire/ — Today marks the launch of the inaugural Ecological Threat Register (ETR), that measures the ecological threats countries are currently facing and provides projections to 2050. The report uniquely combines measures of resilience with the most comprehensive ecological data available, to shed light on the countries least likely to cope with extreme ecological shocks. The report is released by leading international think-tank the Institute for Economics & Peace (IEP), which produces indexes such as the Global Peace Index and Global Terrorism Index.

The Ecological Threat Register analyses risk from population growth, water stress, food insecurity, droughts, floods, cyclones, rising temperatures and sea levels. Over the next 30 years, the report finds that 141 countries are exposed to at least one ecological threat by 2050. The 19 countries with the highest number of threats have a combined population of 2.1 billion people, which is around 25 per cent of the world’s total population.

The ETR analyses the levels of societal resilience within countries to determine whether they have the necessary coping capacities to deal with future ecological shocks. The report finds that more than one billion people live in countries that are unlikely to have the ability to mitigate and adapt to new ecological threats, creating conditions for mass displacement by 2050.