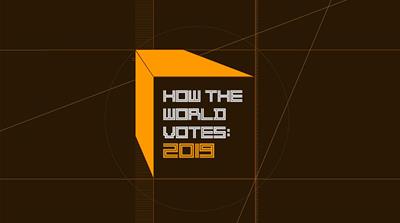 In 2019, more people will vote than ever before.

Nearly two billion voters in 50 countries around the world will head to the polls this year to elect their leaders.

Here’s how different voting systems work around the world:

There are three main types of elections to elect a country’s leader.

Voters elect the country’s head of state or president. The president holds the highest political position and officially represents the country.

In countries without a prime minister, such as South Africa, Brazil, and the United States, the president is both the head of state and head of government.

Voters elect the head of state as well as federal and local representatives.