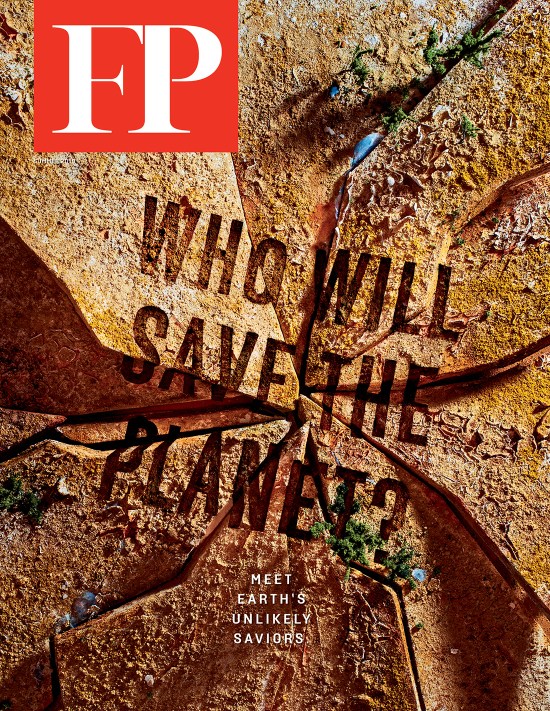 Ask people to name the biggest dangers posed by climate breakdown, and most will start listing off extreme weather events. Destructive hurricanes, towering storm surges, deadly heat waves, flash floods, and wildfires. This is hardly surprising, given how our image-oriented media system has covered the climate crisis. Extreme weather events give us something concrete to point to. We can see them happening in real time, and anyone who’s paying any attention at all can tell that they’re getting worse.

But while extreme weather poses a real threat to human societies (consider what Hurricane Maria did to Puerto Rico), some of the most worrying aspects of climate change are much less obvious and almost even invisible. A new 1,400-page report from the Intergovernmental Panel on Climate Change (IPCC) is a case in point. It explores the impacts of climate breakdown on the most fundamental, even intimate feature of human civilization—our food system.

Consider the mighty Himalayan glaciers. When we think about melting glaciers, we mourn the loss of a natural wonder and worry about sea level rise. We don’t think much about what glaciers have to do with food. But that’s where the real crunch is coming.

Half of Asia’s population depends on water that flows from Himalayan glaciers—not only for drinking and other household needs but, more importantly, for agriculture. For thousands of years, the runoff from those glaciers has been replenished each year by ice buildup in the mountains. But right now they’re melting at a much faster rate than they are being replaced. On our present trajectory, if our governments fail to accomplish radical emissions reductions, most of those glaciers will be gone within a single human lifetime. This will rip the heart out of the region’s food system, leaving 800 million people in crisis.

And that’s just Asia. In Iraq, Syria, and much of the rest of the Middle East, droughts and desertification will render whole regions inhospitable to agriculture. Southern Europe will wither into an extension of the Sahara. Major food-growing regions in China and the United States will also take a hit. According to warnings from NASA, intensive droughts could turn the American plains and the Southwest into a giant dust bowl. Today all of these regions are reliable sources of food. Without urgent climate action, that will change. As David Wallace-Wells reports in The Uninhabitable Earth, scientists estimate that for every degree we heat the planet, the yields of staple cereal crops will decline by an average of about 10 percent. If we carry on with business as usual, key staples are likely to collapse by some 40 percent as the century wears on.

Under normal circumstances, regional food shortages can be covered by surpluses from elsewhere on the planet. But models suggest there’s a real danger that climate breakdown could trigger shortages on multiple continents at once. According to the IPCC report, warming more than 2 degrees Celsius is likely to cause “sustained food supply disruptions globally.” As one of the lead authors of the report put it: “The potential risk of multi-breadbasket failure is increasing.”

Climate change is projected to drive up hunger rates, malnutrition, and child stunting. But we’d be kidding ourselves if we think this is just a matter of not having enough food to eat. It also has serious implications for global political stability. Regions affected by food shortages will see mass displacement as people migrate to more arable parts of the planet or in search of stable food supplies. In fact, it’s happening already. Many of the people fleeing places like Guatemala and Somalia right now are doing so because their farms are no longer viable.

Political systems are already straining under the weight of a refugee crisis: Fascist movements are on the march, and international alliances are beginning to fray. Factor in a 40 percent loss of global agricultural yields and multi-breadbasket failure, and there’s no predicting what conflagrations might occur.